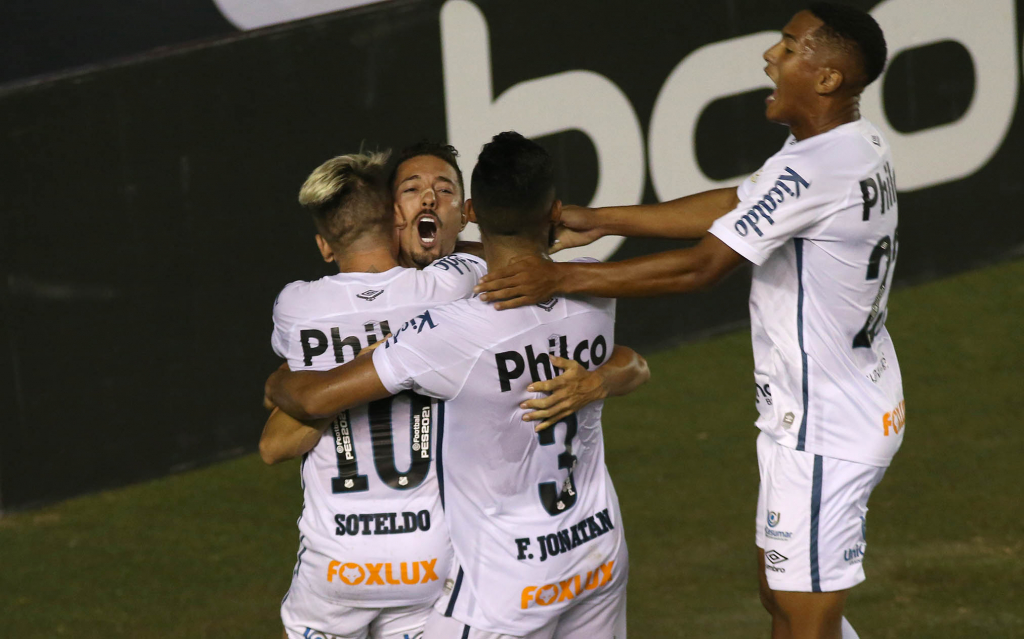 Peixe only managed to get a 1-1 draw at the end of the game; confrontation marked the coach’s last match at the helm of the paulista team

Santos e Fluminense drew, by 1 to 1, in this Sunday’s game, 21, valid for Brazilian championship. The tie was a bad result for the coach Cuca, who ended his third spell at the club this Sunday. He wanted to be victorious in the last presentation of the team under his command, in Vila Belmiro, since he will not direct him in Salvador, against Bahia. After the runners-up of the Libertadores, Cuca claimed wear and tear at Santos and chose to leave. He also faces health problems in the family. He must pass the baton to Argentine Ariel Holan, who was at Universidad Católica and was successful at Independiente.

Already without Cuca on Thursday, Santos will visit Bahia and try to close the Brasileirão with six unbeaten games, after winning two and drawing three in the last rounds. After falling against Palmeiras in Libertadores, the team scored points in all games. Cuca decided to anticipate his farewell to that Sunday and said goodbye in a lackluster game, in which he complained about the refereeing and even argued with the rival’s technical committee. In the end, he celebrated the exit without defeat. A relief, as he suffered much more than expected against a well-placed Fluminense and who dominated the match for most of the 90 minutes and deserved the victory. The scoreboard was moved in Vila Belmiro in the first submission. Marcos Felipe kicked the attack and Fred won the dispute. Luiz Henrique received and served Lucca, who hit João Paulo’s corner.

Fred’s rise with the Santos defender provoked a huge complaint from Cuca and the entire reserve bench. The coach questioned the referee if the ball did not touch the center forward’s arm. VAR confirmed the goal, but the scolding went on for a long time. In need of victory, Santos could not find the Venezuelan Soteldo on his field. The attacking midfielder was on the bench. Fred, demanded a nice defense from João Paulo. The goalkeeper saved what would be Cariocas’ second goal. Marinho was out on the field and, strangely, not even in the free kicks he was making himself available. Santos had two opportunities in set pieces close to the entrance to the area and Felipe Jonatan was the one who took both, without danger.

Repeating what worked against Corinthians, Cuca came back from the break with Soteldo. Madson came in too. The short guy had a protection on his right thigh, the same one that made him act for only 17 minutes in the classic. In the opportunity, he collaborated in the winning goal play before leaving. Would you repeat the feat? The mission was more complicated because the score was opposite and only one victory was of interest. Not to mention the much better moment and the rising confidence of Fluminense. Adversities that required overcoming the Santos players. In a very disputed match and with players for the moment confusing desire with hard entries, there was plenty of disposition and physical imposition, but it lacked technique and chances. Nobody managed to put goalkeepers to work or even managed to warm up the game. Only after 32 minutes of the final stage, Santos managed to create a dangerous move. Felipe Jonatan kicked from outside the area and Marcos Felipe sent a corner kick. After charging, Luan Peres headed over the top. Fluminense’s life was peaceful until defender Nino made a huge mistake. In the final stretch of the match, he received yellow for a foul on Bruno Marques and did not accept. Offended the referee and took a red. In the free kick, Jean Mota equalized on his first touch of the ball. Even without deserving it, Santos sought a precious spot in Vila Belmiro. A draw that cost the G4 to cariocas and without much for Santos to celebrate in Cuca’s goodbye.