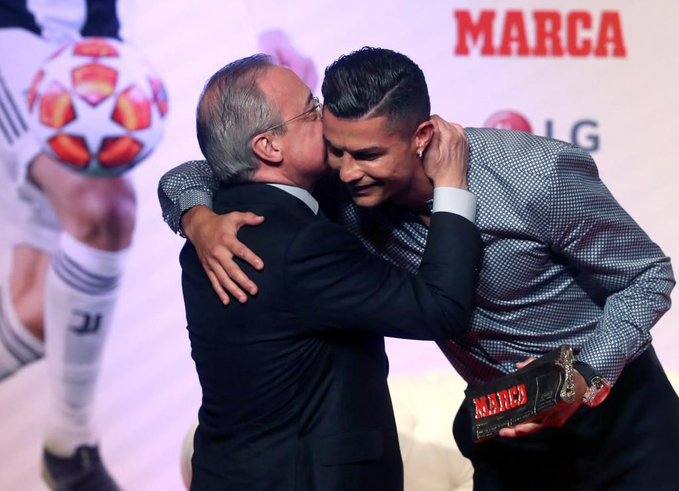 In addition to the team’s main player, in 2012, the manager also criticized the Portuguese group formed by coach José Mourinho, defender Pepe and left-back Fábio Coentrão

the president of Real Madrid, Florentino Pérez, remains the center of the main controversy in Spanish football. In new audios leaked by the Spanish newspaper “El Confidencial”, this Wednesday, the 14th, the leader detonates Cristiano Ronaldo, one of the greatest legends in the club’s history – the recordings were made in 2012. In addition to the team’s main player, the president also criticized the Portuguese group formed by the coach Jose Mourinho, by the defender Pepe and by the left side Fábio Coentrão. “This guy (Cristiano Ronaldo) is an imbecile, a patient. You think he’s normal, but he’s not, otherwise he wouldn’t do everything he does. The last mistake he did was seen all over the world”, said Florentino Pérez.

The Real Madrid president continued to criticize the striker, but he also complained about José Mourinho’s ego. “They are people with a terrible ego, both spoiled, the coach and him. And they don’t see the reality, because both could make a lot more money. There are two abnormals”, he fired. Yesterday, the newspaper had already leaked 2006 audios of Florentino Pérez detonating former striker Raúl González and former goalkeeper Iker Casillas, both current members of the Madrid club. “Casillas is not a goalkeeper for Madrid, what do you want me to say? It’s not, it never was. It was a big failure we had. One of the big blows, the second is Raúl. When we had to play against Barcelona for the League title. Casillas arrived late, I couldn’t believe it, he was talking to his girlfriend. A joke. He is a pet dog”, said the director at the time. “Beckham is a good guy, very smart too. He brings in 30 million (euro) a year, Ronaldo too, Zidane 25 million. And there’s Raúl, who doesn’t sell anything, not even a shirt, he has no media value. Raúl is bad for the club, he believes Madrid are his and uses everything in it to his advantage. He is being a negative figure, he is destroying Madrid”, concluded one of the audios.

Real Madrid, on behalf of President Florentino Pérez, released a statement accusing the journalist Jose Antonio Abellán of having recorded these conversations and trying to sell them for many years. The agent says he will seek his lawyers to take the appropriate measures, claims that the speeches are out of context and says he understands that the release of the audios is a response to his participation in the foundation of the European Superliga. Florentino Pérez began his career at Real Madrid in 2000. The first period lasted until 2006, when he resigned. In those years, he formed a large cast, known as the “galactics”. Ronaldo, Zinedine Zidane, Luís Figo and David Beckham were some of the stars of the team, which, despite its fame, won only two Spanish Championship titles and one Champions League in the period. Later, in 2009, Florentino Pérez returned to the club’s presidency, where he remains today. With the bombastic signing of Cristiano Ronaldo, Real Madrid returned to the level previously desired and achieved the football success expected at the beginning of the century. There are three titles from the Spanish Championship, four trophies from the Champions League and another four from the Club World Cup.