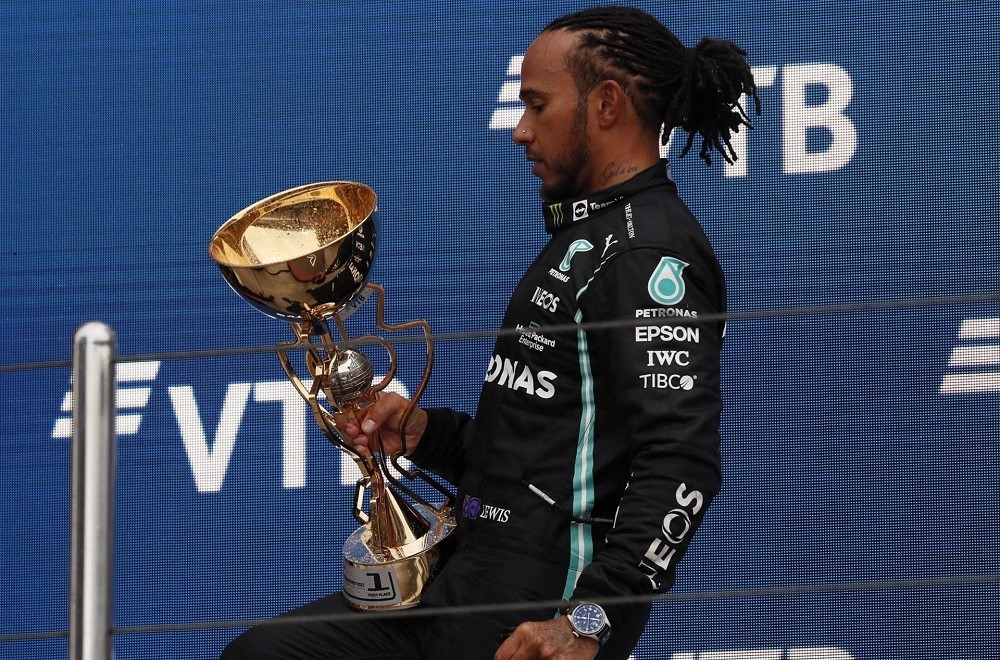 The first driver in history to achieve a hundred wins in Formula 1, the Englishman now has two points less than Max Verstappen, the runner-up

Used to breaking records, the English pilot Lewis Hamilton reached the hundredth victory of his career this Sunday, 26, in the Russian GP. To win it, the seven-time champion relied on the mistaken strategy of Lando Norris, from McLaren. Hamilton’s compatriot, who was leading the race, did not respond to the team’s request to change tires. When the rain hit, eight laps from the end of the race, Norris began to slide and nearly crashed. After losing the lead, he tried to keep second place, but fell to seventh. After starting last, the Dutch Max Verstappen, from Red Bull, was the runner-up in Sochi. Ferrari’s Carlos Sainz completed the podium.

Man, to win 100 times in the highest category in motorsport… what an absurd thing. It may hurt, for me (because of Schumacher) and especially for the nostalgic ones (because of Senna) but:

IT’S THE BIGGEST IN HISTORY 🤷‍♂️🏎🏁