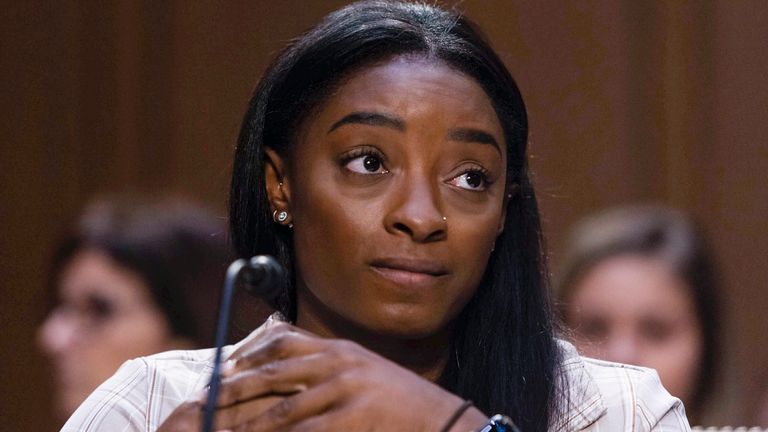 Play/ SkySportsSimone Biles appeared in court to tell her story

This Wednesday, the 15th, the gymnast Simone Biles attended the Senate From USA to testify about the abuses suffered by the doctor of the North American Gymnastics Federation, Larry Nassar. In his speech, Biles blamed ‘an entire system’ that allowed the sexual abuse against her about 140 gymnasts took place. “I blame Larry Nassar and also an entire system that allowed and perpetuated his abuse,” he said. “If you allow a predator to harm children, the consequences will be swift and severe. That’s enough,” she added. In addition to Biles, Aly Raisman, Maggie Nichols and McKayla Maroney also appeared in court. The Senate Judiciary Committee analyzes errors in the FBI in the investigation of Nassar. The former doctor is serving 175 years in prison for abusing female athletes. Maroney told the Senate that in 2015, he spent three hours on the phone with the FBI explaining details of his story that even his mother didn’t know.

“I think for so long we all questioned, just because someone else wasn’t fully validating us, that we doubt what happened to us and I think that makes the healing process take longer,” he said. According to the athlete, the agency did not report her story in the investigation file. “The FBI not only failed to report my abuse, but when they finally documented my report 17 months later, they made totally false allegations about what I said.” The agency’s director, Christopher Wray, also testified and apologized to the athletes. According to him, the agents’ actions are ‘inexcusable’ and he even claimed that one of the investigators involved in the case ‘no longer works for the bureau in any capacity’.