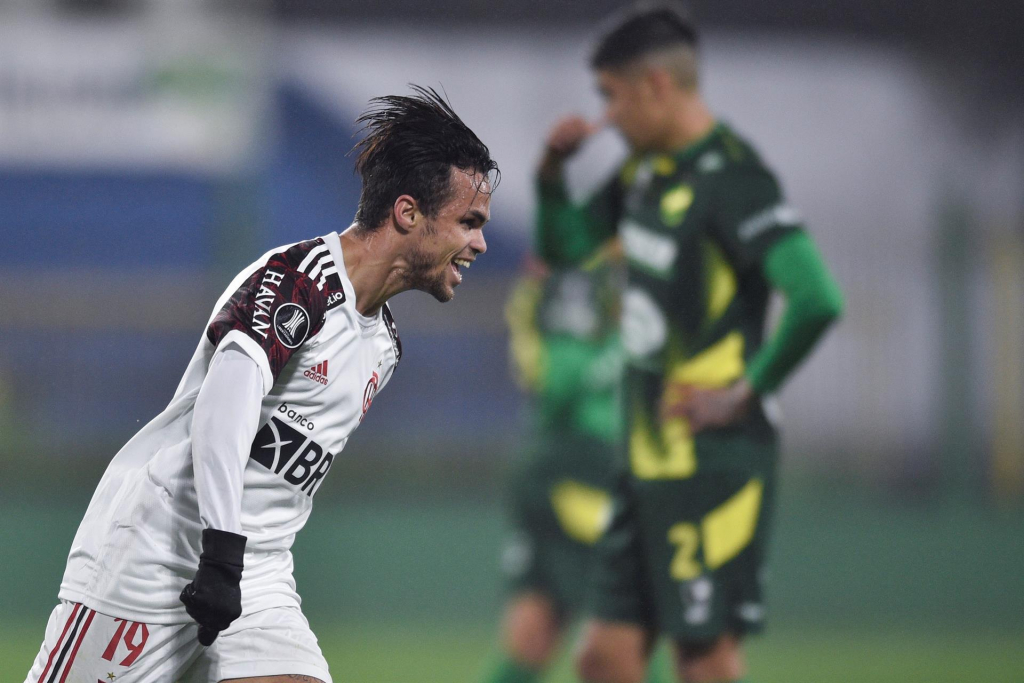 The red-black team suffered during the game, but managed to secure the victory away from home with a goal by Michael

the first game of Renato Gaucho ahead of Flamengo ended up with a 1-0 victory against the Defense and Justice, on the way to the round of 16 of the Liberators cup. In Argentina, the game was not easy. The first half had more dominance by Defensa y Justicia. The hosts started the game with more intensity and in less than 15 minutes created three clear chances to score. The Cariocas only reached the opposing goal after 21 minutes. After a wrong departure from the Argentine defense, Gustavo Henrique moved to Michael. The attacker pulled to the middle and kicked hard, the ball swerved and died in the back of the net. At 34, Defensa arrived with danger, but the bid was canceled. On the way back to the second half, the Argentines continued on top. On minute 17, Frias hit a free kick by removing paint from the crossbar.

Five minutes later, Frias appeared again in attack and rolled to Hachen, who kicked hard and forced a great save from Diego Alves. The crimson-black goalkeeper was also very active in the final minutes. The result leaves Flamengo at an advantage for the return match, which takes place next Wednesday, the 21st, at 9:30 pm (Brasilia time). The team from Rio tries to take the match to the federal capital to receive the public. This Wednesday, the club also submitted an application to the City Hall of Rio to get 10% of Maracanã’s capacity for the game. In response to Prime Time Zone, the State Department of Health said it will evaluate the team’s request.