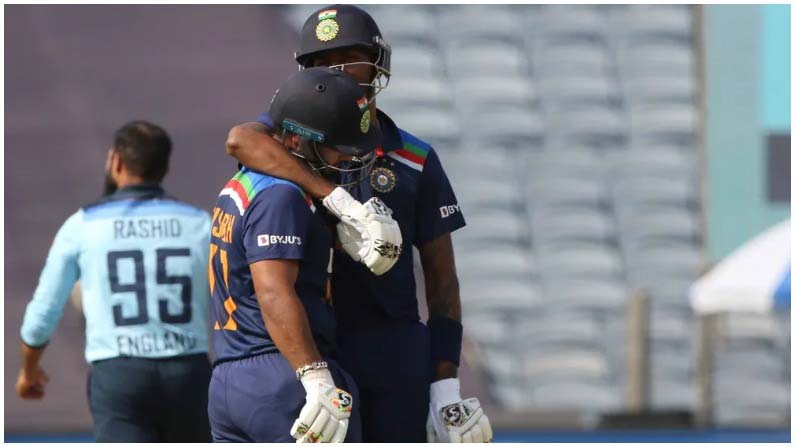 In the match against England, Chao Reo, Team India players played aggressively and won the toss and elected to bat first.

TeamIndia players played aggressively in the match that Chao Reo had to decide against England. Batting first, Team India were all out for 329 in 48.2 overs. Shikhar Dhawan (10 fours off 67/56 balls), Rishabh Pant (5 fours off 78/62 balls, 4 sixes) and Hardik Pandya (5 fours off 64/44 balls, 4 sixes) were the top scorers. Rohit Sharma (37) at the start and Shardul Thakur (30) at the end were able to put England ahead in the crucial innings. Among the England bowlers, Mark Wood took three wickets while Rashid took two wickets with Googly.

However, Rohit-Dhawan gave a good start to Team India. Provided a 103-run partnership for the first wicket. Established a record partnership in history. Within a short time Rohit, Dhawan and Kohli (7) led the way to the pavilion.

However, at a time like this, the England bowlers showed the dots with a game that came into the crease like a storm. Pant and Hardick stood at the crease and scored the innings as the team struggled with 157/4. The two provided a 100-run partnership. Pant changed gears after scoring a half-century. The ball, which was heading towards the century, broke in the form of Sam Karan in the 36th over.

Hardick then played fast and hit the scoreboard. With Stokes bowling Hardik in the 39th over, the team had already reached a good score. At the end, Krunal Pandya (25) and Shardul Thakur (30) crossed the 300 mark with boundaries whenever possible. The pair established a 50-run partnership. It did not take long for TeamIndia’s innings to end after Krunal’s out. Mark Wood took two wickets in a single over. Krunal Pandya (25) played a huge shot for the first second ball while Jason Roy caught a fantastic catch. Then the famous Krishna (0) bowled the last ball. Bhubaneswar (3) is at the crease.

Also read: SBI Alert: SBI warns customers ఛా Chance for similar scams on Holi occasion ..
IND vs ENG 3rd ODI: Nuvva..Nena రో Who is the winner of ODI series .. will be known in a few hours
Karnataka CD row: Another twist in the Rasali CD case in Karnataka… CD lady who is changing the investigation route ..