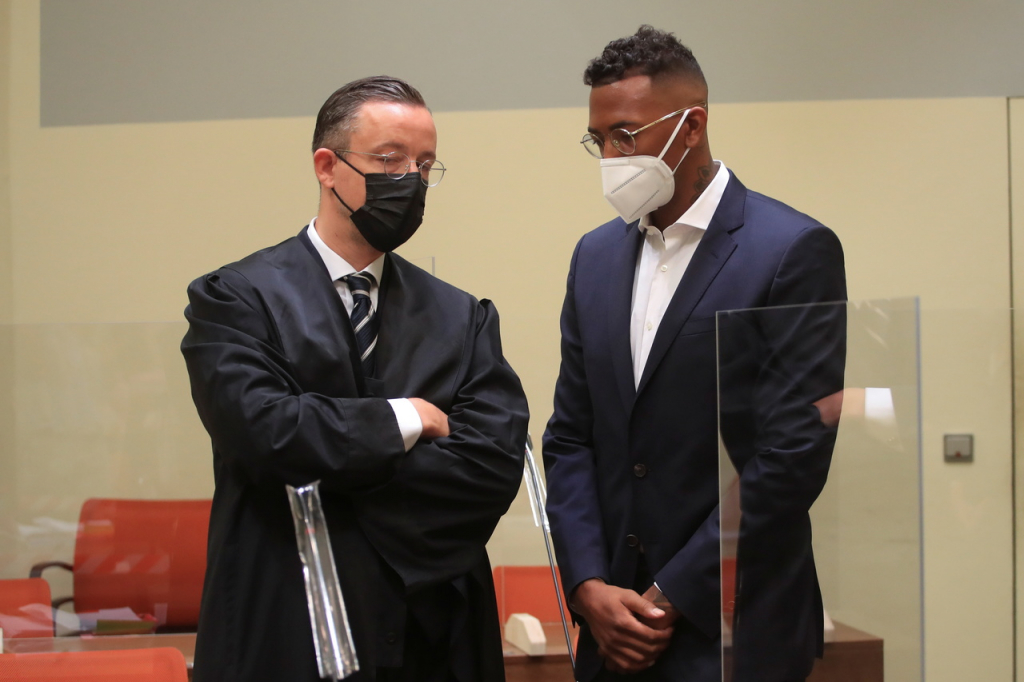 Defender assaulted his ex-wife during family vacation in 2018; he denies all charges

REUTERS/Wolfgang Rattay
Boateng in court in Munich alongside his lawyer

the german defender Jerome Boateng, ex-Bayern Munchen and newly hired by Lyon, was convicted this Thursday, 9 for premeditated bodily injury against his ex-girlfriend and mother of his children. A Munich court announced the sentence and a fine of 1.8 million euros (approximately R$11 million). He could face up to five years in prison. The case took place in 2018 during a family vacation fight. According to the victim, Boateng tried to throw a light bulb in her direction and after he missed, he threw a box that wounded her in the arm. She was also assaulted with punches and hair pulling. The player denies the charges. The couple is currently fighting for custody of the twins, who are 10 years old, and live with the athlete. In early 2021, Boateng experienced a drama after his last girlfriend, Kasia Lenhardt, committed suicide. They had broken up a few days ago.