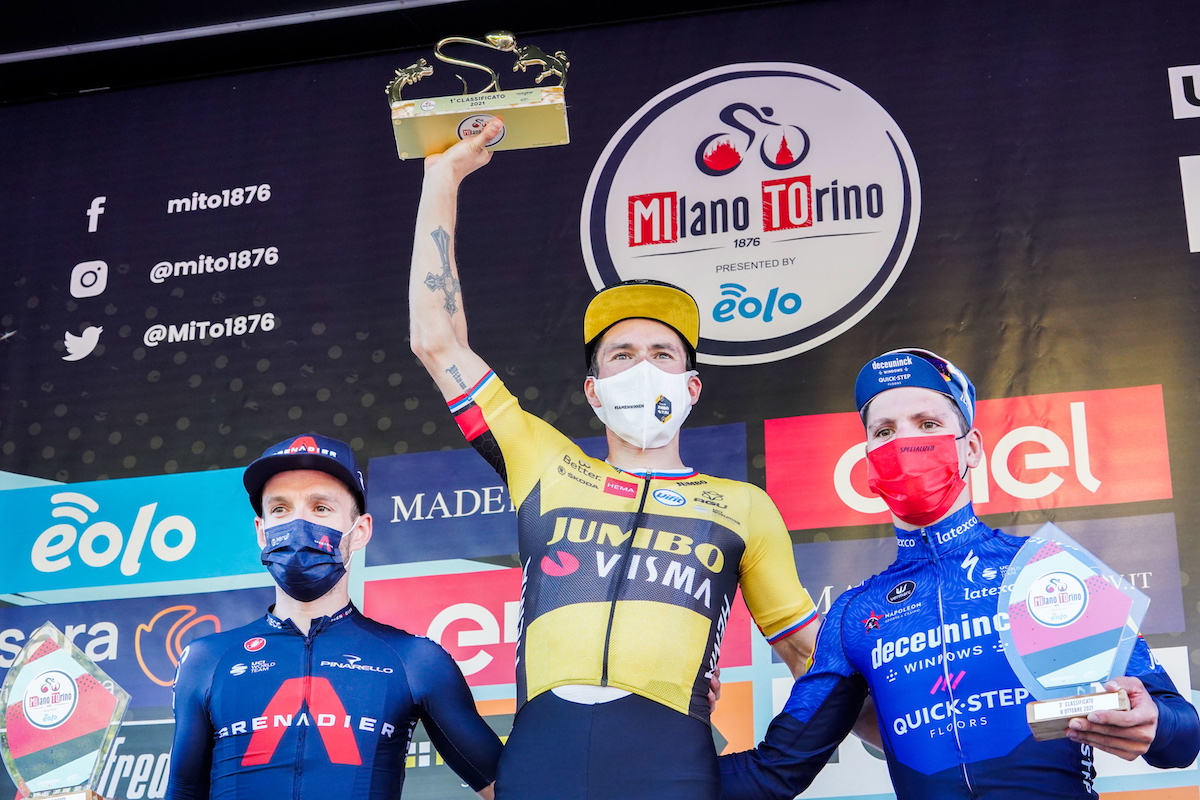 João Almeida was third in the 102nd edition of Milan-Turin, becoming the first Portuguese cyclist to stand on the podium in the oldest race on the calendar.

João Almeida (Deceuninck) finished 35 seconds behind Slovenian Primoz Roglic (Jumbo-Visma), who covered the 190 kilometers between Magenta and the Superga Basilica in 4h17m41s, with Briton Adam Yates (INEOS) 12 seconds behind the day’s winner.

The Slovenian cyclist, who on Saturday had already beaten Almeida for victory in the Giro dell”Emilia, distanced the Briton in the last 300 meters of the climb to the finish, after moving in the last three kilometers.

A duo left Portuguese behind and also Slovenian Tadej Pogacar (UAE Emirates), who was beaten for last place on the podium in the sprint and came fourth. This is the 12th victory of the year for the 31-year-old Roglic, who joins the triumph with others of great importance, from the time trial of the Olympic Games Tokyo 2020 to the Tour of Spain, in which he also won four stages.

On his way to the Volta à Lombardia, the last “monument” of the time, it was the Slovenian “cannibal” to show himself, after Deceuninck took advantage of a “abanico” to try to select the peloton.

Later, the two-time world champion, Frenchman Julian Alaphilippe, tried to take advantage of the work of the Belgian team to continue with Polish Rafal Majka (UAE Emirates), but it would be João Almeida to take the team to the podium.

The Portuguese Nelson Oliveira (Movistar) abandoned the race, which had its first edition in 1876, and in which João Almeida was the first Portuguese to make the podium.

“Finishing third is a good result and gives motivation for the Volta à Lombardia, in which we are confident to end the season on a high”, declared the 23-year-old Portuguese, quoted by the newspaper Record.