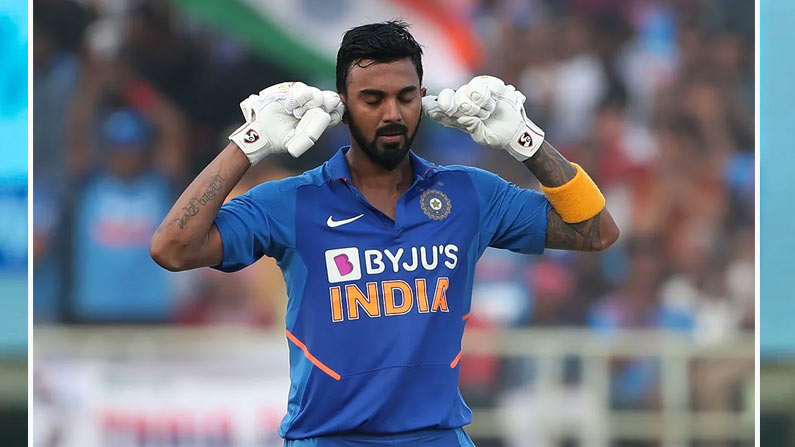 When a century is made, each player is greeted in one way or another. But, Team India batsman KL Rahul is different from the rest. After a three-point score, close your ears with both hands.

Batsmen his “Half Century .. Century” is a special occasion. When a century is made, each player is greeted in one way or another. Many raise the bat and salute. Some give a punch to fly up. Team India player KL Rahul celebrates them all a little differently. After a three-point score, he pulls off his helmet, lowers his bat, and closes his ears with both hands. However, he said the reason behind doing so. However, in the second ODI against England, Rahul smashed a century.

Scored 108 off 114 balls. Rahul was instrumental in setting a massive 337-run target ahead of England. Entertained with fours and sixes. When asked by cricket presenter Murali Karthik, Rahul explained the meaning behind the centenary celebrations at the end of the Team India innings.

This celebration is to stop the sounds of the outer ringing. Not going to insult anyone. There are a lot of people out there who pull us back. Rahul told them to ignore them all the time. Rahul said that was the message of my celebration. I was disappointed after the T20 series. But he said the game will go on as well. Some quality shots eased my anxiety. Virat said he was happy to have established good partnerships with Rishabh. I, Virat‌ wanted to make 300 runs while batting. But it was fun to score big. The weather today is very hot. But it is important that we build partnerships. That’s why this score makes me happy. Self-confidence increases when running. “That’s all we have to do,” Rahul explained.

Players respond freshly when faced with criticism. Criticism rained down on Virat when he failed in Adelaide in 2018. When the century hit Perth .. he rebutted their criticism in his own way. Virat gave the bat a punch in the ‘sweet spot’ and said that his bat was talking. Rahul Dravid did the same during the 2001 Australia series. Dravid, who was always calm, pointed his helmet furiously towards the Eden Garden press box.

IPL 2021: Sunrisers Hyderabad finalists for these four players .. Who are they?