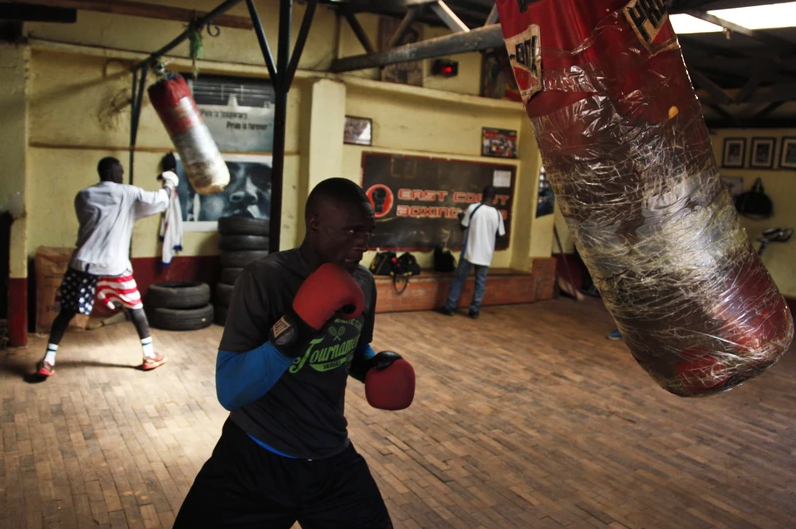 The East Coast Boxing Club takes young fighters off the street and gives them a home to box. Now, the gym is going through serious difficulties due to covid-19.

In Kampala, the capital of Uganda, is the East Coast Boxing Club, a gym that served as launch pad for the Olympic Games. This boxing gym took poor young people off the streets and gave them the opportunity to have a better life and fight on the biggest stage in the world.

There is a saying: “Pain is temporary. Pride is forever”. However, in the next 18 months, the pandemic pain will be far from temporary for this community. The impact of covid-19 and of the confinements are leaving the gym in a difficult situation, writes VICE.

While the first wave was relatively benevolent, the Delta variant unleashed oxygen shortages and brought hospitals to a breaking point, while paralyzing businesses and exacerbating hunger among a population facing widespread poverty and unemployment. The East Coast Boxing Club didn’t miss it.

Hassan Khalil, 58 years old, he founded the gym with his twin brother, with the mission of helping the community, keeping young fighters away from the streets.

By promoting discipline, they created a boxing haven for local youth and raised funds by charging wealthy expats to train at the gym, encouraging them to sponsor teenagers at school.

“Most of our guys come from the street. They don’t need to pay. They can’t pay”, these Khalil.

Despite limited resources, they began to form champions, winning national championships and taking fighters to the national team. Shadir Bwogi, for example, he competed this year at the Tokyo Olympics.

“I’m just an old man,” Khalil said. “I lived my life. But these guys are the future. I want to increase the community and make this a better place.”

The Ugandan confinement severely affected the gym. Travel bans prevented their fighters from competing in the Olympic qualifiers in France and wealthy expats left the country for Europe, leaving the gym without funding. As the expats left, the gym owner saw revenue drop by 80%.

As training sessions have been drastically reduced and they had to be done abroad, with only a handful of fighters at a time.

“When boxing stopped, I had no money to eat”, said young fighter Miiro Juma, bronze medalist at the 2018 Commonwealth Games.

The confinement also left many young fighters without jobs, which allowed them to pay the bills and house rent.

For Khalil, there is still hope. Next year’s Commonwealth Games in the UK provide a beacon to guide your fighters.