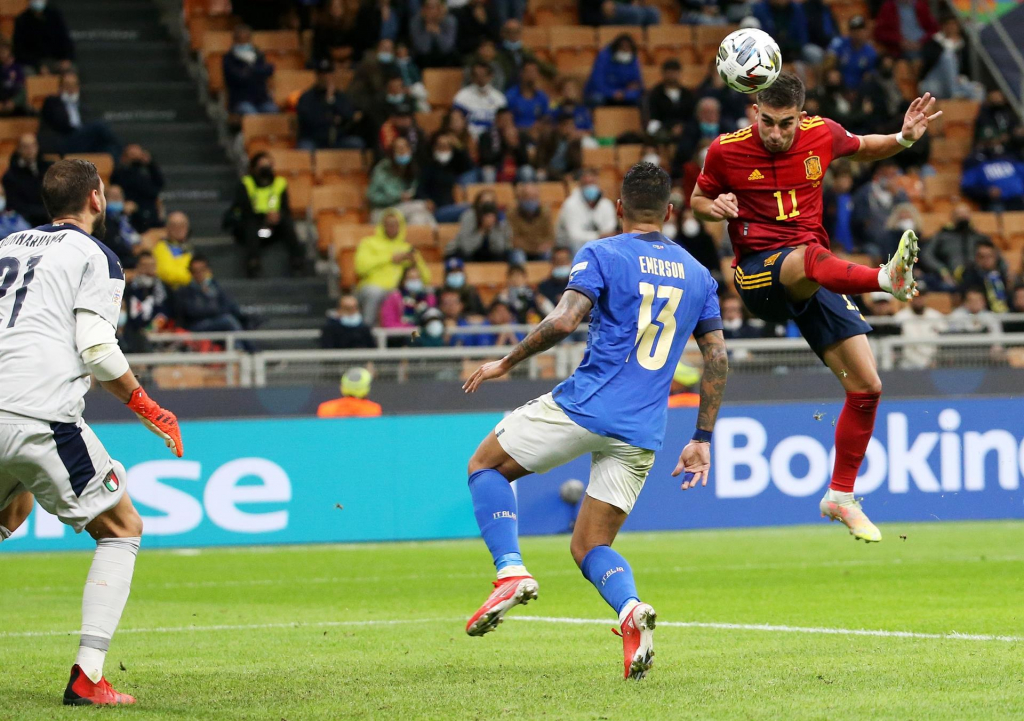 Now, the team coached by Luis Enrique faces the winner of the Belgium-France clash, scheduled for tomorrow, at 15:45 (GMT), in Turin

EFE / EPA / MATTEO BAZZIFerrán Torres scored twice for Spain in the duel against Italy, valid for the League of Nations semifinal

A Spain won an excellent result on the afternoon of Wednesday, 6, by beating the Italy 2-1, in the San Siro Stadium, in Milan, in a match valid for the semifinal of the League of Nations. In addition to guaranteeing its place in the tournament’s decision, “Fúria” also ended with Azzurra’s 37 games unbeaten – the last setback had happened on September 10, 2018, against Portugal. the attacker Ferran Torres, only 21 years old, was the highlight of the duel, being responsible for scoring the goals of the Spaniards. Now, the team coached by Luis Enrique face the winner of the match Belgium e France, scheduled for tomorrow, at 15:45 (GMT), in Turin. The grand final will take place next Sunday, 10, at the same time, again at the San Siro.

In the reunion of the teams, who faced each other exactly three months ago, in the semifinal of the Eurocup, who dominated the match was Spain. Imposing their style of ball possession, the “Fúria” managed to be objective, taking advantage of the gaps left by the Italian defense. As early as 16 minutes, Oyarzabal he escaped on the left and crossed as Ferrán Torres completed the shin to the nets. Italy, then, even sketched a reaction, wasting opportunities with Bernardeschi and Insigne. The evolution of the current Euro champion, however, ended with the expulsion of Leonardo Bonucci, who received the second yellow card for hitting an elbow in the neck of Sergio Busquets, in the 41st minute. To make life worse for Azurra, Ferrán was once again assisted by Oyarzabal, extending the lead to 2-0 in stoppage time, this time with his head.

On the return for the second half, Roberto Mancini promoted some changes, putting defender Chiellini to close the gap for having one less athlete, but also giving opportunity to forwards Kean and Pellegrini. Outnumbered, Spain barely forced the attacks, waiting for time to pass based on the exchange of passes. The problem is that, after 37 minutes, Yeremi Pino backed down badly for Pau Torres, giving Chiesa a gift. The attacker fired on the counterattack and only served Pellegrini, who completed for the net. In the end, the Italians continued to fight, seeking equality and extra time. The result in favor of the Spaniards, however, remained. Italy will now face the loser of Belgium x France, in a decision for the third place scheduled for 10:00 am (GMT) next Sunday.