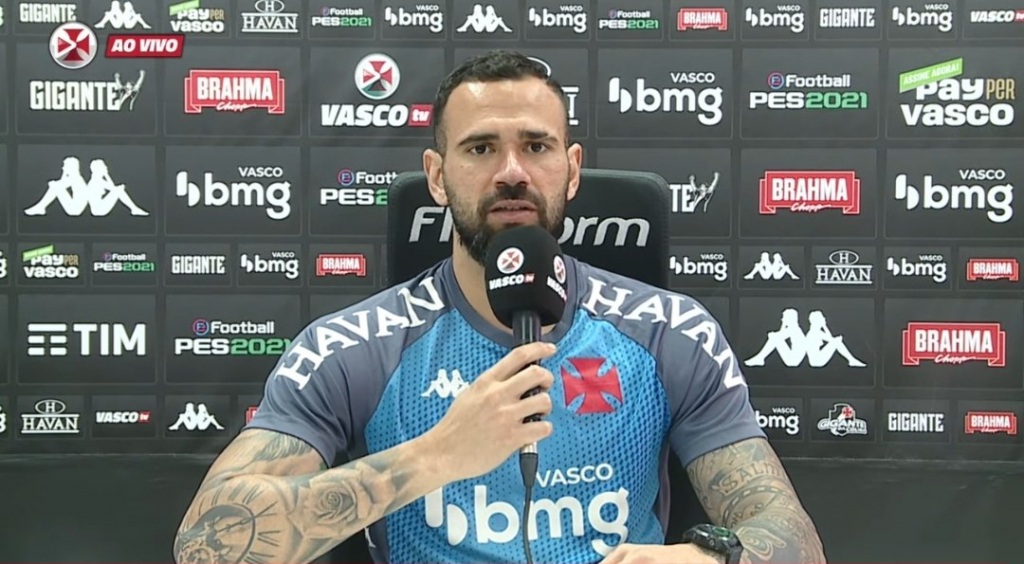 In addition to answering about Cruz-Maltino’s troubled moment in the competition, the defender spoke about the game against Brusque, held at the end of July, when the team from São Januário wore a shirt in honor of the LGBTQIA+ Pride Day

Leandro Castan, defender of the Basque, gave a press conference on the afternoon of this Wednesday, 1st, on the eve of the confrontation before the Brazil of Pelotas, for the Brazilian Championship Series B. In addition to answering about Cruz-Maltino’s troubled moment in the competition, the defender spoke about the game against Brusque, held at the end of July, when the São Januário team wore a shirt in honor of the LGBTQIA+ Pride Day, with the colors of the rainbow in the transverse band. On the occasion, the defender, before the clash, posted a quote from the Bible on Instagram with the intention of showing the origin of the rainbow. “When I bring clouds over the earth and the rainbow appears in them, then I will remember my alliance with you and with living beings of all species”, said an excerpt of the text. Remembering this passage, Castan said that he exposed what he believes, “processing the faith”, and that he was “theoretically forced to wear” the uniform – the match was won by the locals and was remembered by the commemoration of striker Germán Cano, who raised a of the corner flags, which also had the colors of the rainbow.

“I know it was a little scarred for me, but as a Christian, processing my faith is what I think. There was no discomfort. Many said that Cano and I had problems, we didn’t. And if we had a problem, we solved it inside the locker room. I’m a captain who will work things out internally, I won’t fight in front of everyone to want to show up. I don’t know what kind of captain they’re used to, but I sort it out internally. I have some captain references that I had in my career, such as Totti, De Rossi, Ronaldo and Roberto Carlos. They’re leaders I’ve worked with, I use these mirror faces,” he said. “Of course I’m not perfect, I’m going to make mistakes, but we’ve sorted things out in here. You can be sure that here at Vasco there was never any lack of demand and respect. I’m the first to respect the institution, the fan. The moment I exposed what I believe, when I was theoretically forced to wear a shirt, some people didn’t like it. I respect everyone and I think I have to be respected”, he added.