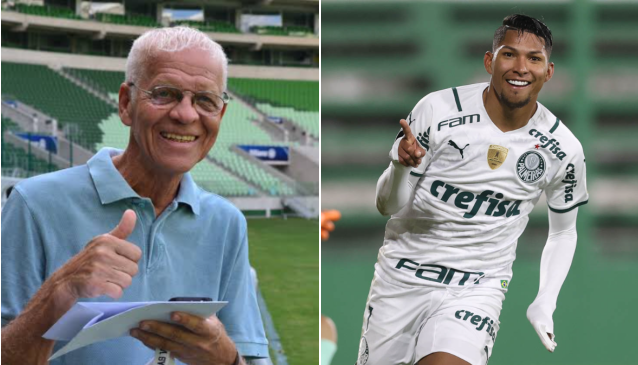 With the two balls against Defensa y Justicia, the striker reached the nine goals representing Verdão in the tournament, matching Willian, Lopes and Divino

Ademir da Guia, one of the greatest idols in the history of Palm Trees, used his Twitter account, on the afternoon of this Wednesday, 5th, to congratulate the attacker Ron, who reached him in number of goals with the shirt of Verdão in the Copa Libertadores de América, na vitória on o Defense and Justice, last Tuesday. Through the social network, the “Divino”, as the player who shone between the 1960s and 1970s became known, said that the attacker’s success is the result of a lot of work. “Seeing in #Sportv Selection [programa do Grupo Globo] that Ron drew with me in goals in the Libertadores! Work gives us that! Congratulations, Ron! ”He wrote.

With the two balls in the net in Argentina, Ron reached the nine goals representing Verdão in Libertadores, equaling Ademir da Guia, Willian e Lopes. Thus, the striker of Abel Ferreira’s team ended up surpassing other important names in the club’s history, such as César Maduco e Edmundo, both with eight. Now, he is three goals to match Alex as Palmeiras’ greatest scorer in the South American competition. To get to the midfielder numbers, however, he has to beat Borja and Tupãnzinho, both with 11 goals scored. Highlight of the second championship, last season, Rony has 14 games with Alviverde in Libertadores, having in addition to nine goals, two assists.

I sell no #Sportv Selection that Ron drew with me in goals in the Libertadores! Work gives us that! Congratulations, Ron! 👏🏼👏🏼