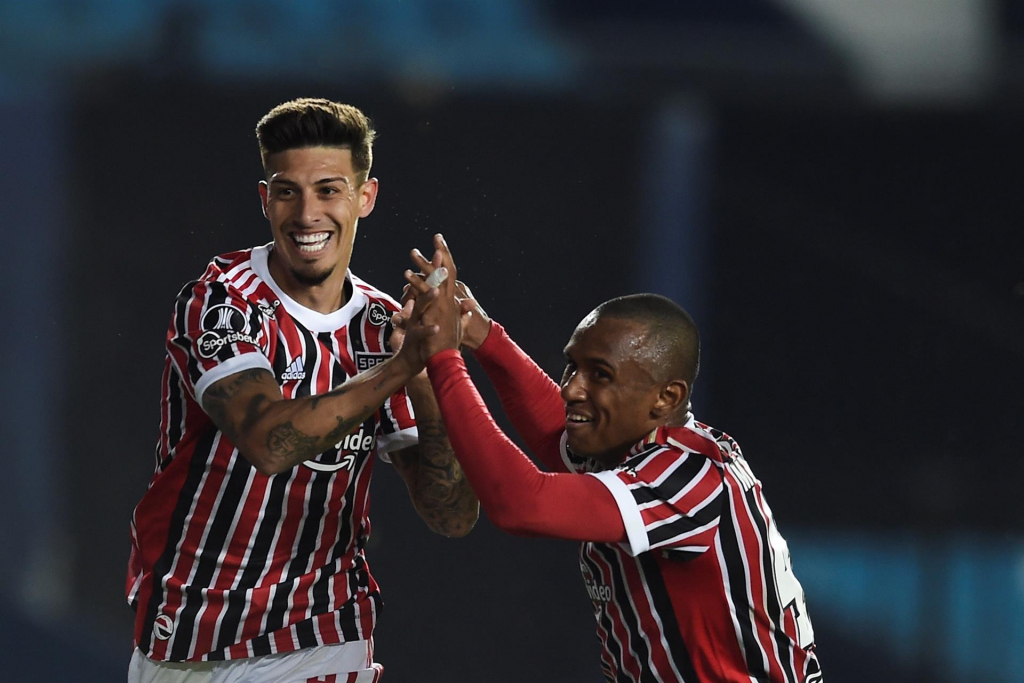 O Sao Paulo got his first victory in Argentina since 2005 on this Tuesday night, 20, when making 3-1 against the Racing in the Presidente Perón Stadium, El Cilidro. This was also Tricolor Paulista’s first victory against Avellaneda’s team. The result classified the Brazilian team to the quarter finals, which now awaits the winner of Palmeiras and Catholic University, who face each other tomorrow. Earlier this Tuesday, Atlético-MG also managed to qualify by beating Boca Juniors on penalties. The first half was full of tension and balance on the pitch. However, Miranda’s steal in the 44th minute changed the game. The defender gave a great pass to Marquinhos, who kicked the crossbar and the rebound, Rigoni appeared to push into the nets.

On the way back from the break, Marks received it between the Argentinian defense, kicked across the goalkeeper and expanded the score after three minutes of play. This was 47 shirt’s first goal in the professional team. It didn’t take long and São Paulo made the third. Marquinhos appeared on the left, crossed to Rigoni who only pushed into the net. With the score built in 4-1 (in the aggregate), Tricolor Paulista relaxed and Racing managed to score their ‘honor goal’ in the 18th minute with Correa knocking from the entrance of the area in the corner of Volpi. The game then decreased in intensity and neither team managed to swing the nets anymore.