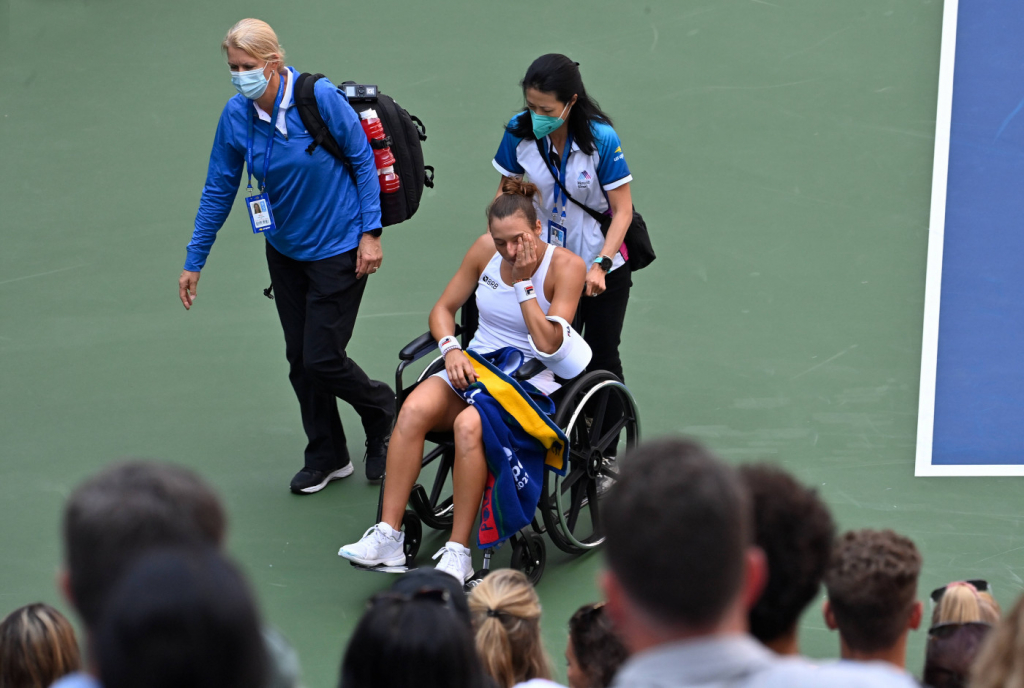 Paul Zimmer via Reuters ConnectLuisa left the court in a wheelchair

the brazilian tennis player Luisa Stefani reported on its social networks on Tuesday, 14, that it will need to go through right knee surgery after suffering an injury in the doubles semifinal in the US Open. She landed in the first set tie-break when trying to make a return. She was seen on the court, but the medical team assessed that she was unable to continue in the game and her pair with Gabriela Dabrowski has been eliminated. The surgical procedure will take place in a week, or more, but Luisa is already able to walk without the help of crutches. “My body is slowly recovering. Every day less swelling in the knee, less pain to move and I spend a large part of the day doing rehabilitation exercises, strengthening and ice”, he said in a video.

The first Brazilian to reach the women’s doubles semifinal of the American tournament in 53 years, Luisa celebrated her evolution. “I’m progressing very well, I was able to walk without a crutch and I was very happy. Much of this process is mental, it’s trusting your leg to take it. I’m going step by step”, he concluded. Recovery time from surgery to correct a torn ligament in the knee ranges from nine to 12 months, and may be faster in some cases. Therefore, Luisa will lose the ATP Finals and probably the Australian Open of 2022, played in January.