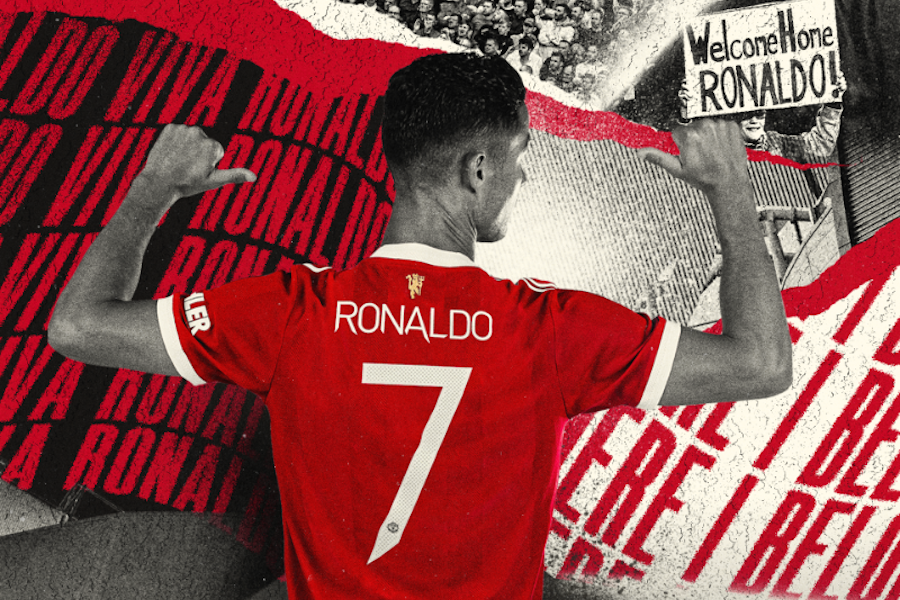 Today is Cristiano Ronaldo’s day. The Portuguese makes his second debut, this Saturday, with the Manchester United shirt against Newcastle, in a Premier League game. And this is only talked about on the streets of Manchester, with the newspapers highlighting the “Fever around Old Trafford”.

Cristiano Ronaldo confesses that he is “very emotional” with his return to games with the Manchester United shirt.

The Portuguese striker will make his debut this Saturday, or make his debut for the club where he became famous, in the game against Newcastle that starts at 15:00 in Mainland Portugal, at Old Trafford.

The Coach Ole Gunnar Solskjaer he has already revealed that Ronaldo will play, although he has not broken the taboo on whether he will start or not. But around the stadium, United fans are sighing and wanting to see Ronaldo in the starting line-up.

Fans are lining up, with Ronaldo’s 7 jersey on their backs, around Old Trafford and through the streets of Manchester. And there is a lot of expectation to see him in this return 12 years after leaving the club for Real Madrid.

The player himself confesses that he feels “very emotional”. “Since I stepped onto the pitch for the first time, I felt people’s emotions. saw me grow up here“, refers the forward quoted on Manchester United’s Twitter.

All kinds of feels ❤️

Guardiola says that the Ronaldo theme is “tired”

But the expectation of seeing Ronaldo again in the Premier League extends to almost all football fans. Only Pep GuardiolaManchester City coach is fed up with hearing about Ronaldo.

The striker was appointed as a City reinforcement, but Guardiola can no longer hear about the matter.

“It’s a theme that already tires me. Enough of so much speculation, because I never spoke to him. The market is closed, there is nothing more to say”, sustains the Spanish coach cited by the English press.

Meanwhile, English fans who couldn’t get a ticket to be at Old Trafford won’t be able to watch the game on television. All because of a law that dates back to the 1960s.

This law, created by the owner of Burnley for 26 years, Bob Lord, defines that it is forbidden to broadcast on television, in England, the matches played between 14:45 hours and 17:15 hours.

A measure I intended encourage fans to go to the stadiums, with the special intention of benefiting the poorest clubs and those with fewer members.

The law was never changed and, now, the English who want to see Ronaldo will have to listen on the Radio, or try to follow his performance on the Internet.