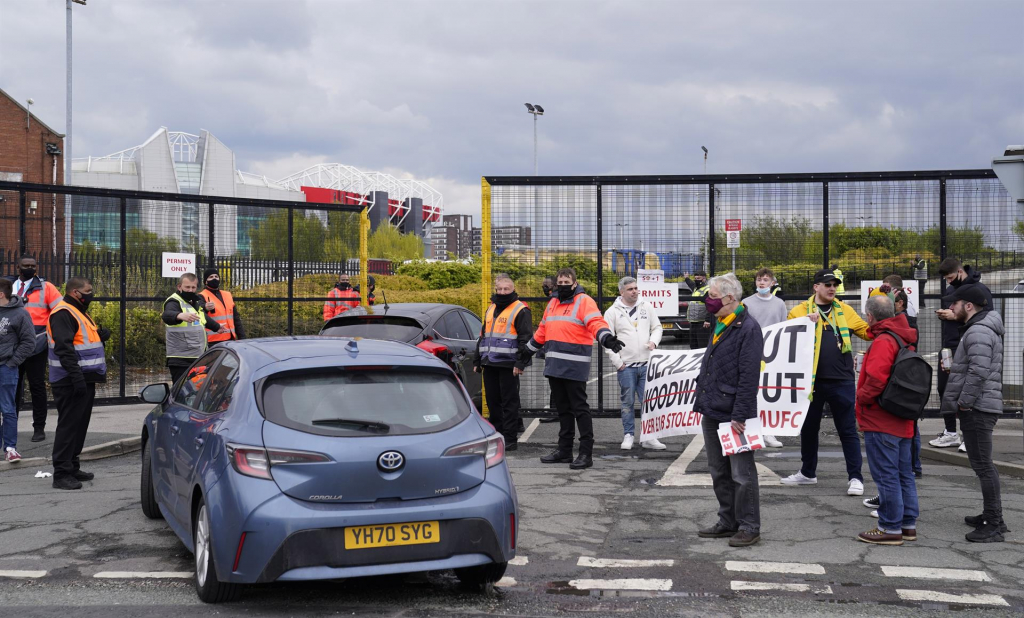 Last Sunday, hundreds of fans gathered at the door of Old Trafford, then managed to overcome the police barrier and invaded the stadium’s lawn.

O Manchester United announced, on Monday, 3, that it will work with the police to identify the fans who forced opening a gate to Old Trafford Stadium before invading the field, which ended up forcing Sunday’s game to be postponed with Liverpool, fur English Premier League. United’s board said it would not seek punishment for fans who protested peacefully, including those outside the stadium “While many fans wanted to exercise their right to protest and express their opinion peacefully, some were committed to upsetting the team’s preparation and the game itself , as evidenced by the Lowry Hotel and the stadium, ”wrote the club in a statement. The club also denied that it had left the gate open. “After breaking barriers and security in the courtyard, some protesters climbed the gates at the end of the tunnel, then forced access to a side door, before opening an external door that allowed other fans to enter the lobby area and then onto the pitch ”Said United in the document presented to the police. “A second violation occurred when a protester broke the door of a disabled access elevator, allowing a group to enter the stadium.”

Violence broke out near the start of the game on Sunday afternoon. The police, wielding a baton, tried to push the fans out of the Old Trafford, but were greeted by glass bottles. “Most of our fans have convicted and will condemn criminal damages, along with any violence against club officials, police or other fans, and these now become a police case,” said United. “The club will work with the police to identify those involved in the criminal activity, and will also issue its own sanctions at any time to the identified member.” A new date for the game has not yet been set with less than three weeks to go before the championship ends. United still have five games to play for the English side and are 13 points behind leaders Manchester City. The duel between Manchester United and Liverpool, in the 34th round, could define the English champion. If the coach’s team Ole Gunnar Solskjaer did not win the match, the Manchester City would celebrate the title in advance. 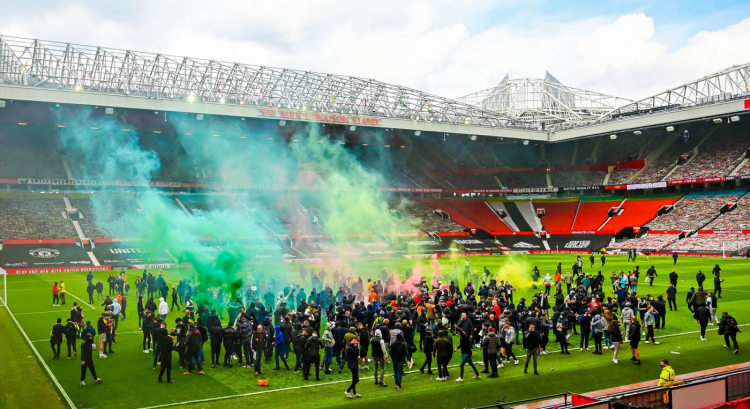 Hundreds of fans gathered at the door of Old Trafford, then managed to overcome the police barrier and invaded the stadium’s lawn. They displayed banners and posters asking for the departure of the Glazer family from the Manchester team command. The fans even went up on the beams and took pictures in the field. The demonstrations against Joel and Avram Glazer are old and have been going on since the past decade. Fans disapprove of the way the family has been running the club. They inherited United’s ownership from their father, Malcom, an American businessman who bought shares in other entrepreneurs at the beginning of the century. The brothers adopted measures that angered the crowd, especially the opening of Manchester United’s capital on the New York Stock Exchange. In this way, protests with banners calling for the Glazer to leave the club’s command became routine in the stands at Old Trafford. The demonstrations had cooled with the outbreak of the coronavirus pandemic since the beginning of last year. However, United’s involvement in the failed European Super League it was decisive for the fans to express their dissatisfaction with the current management of the club.