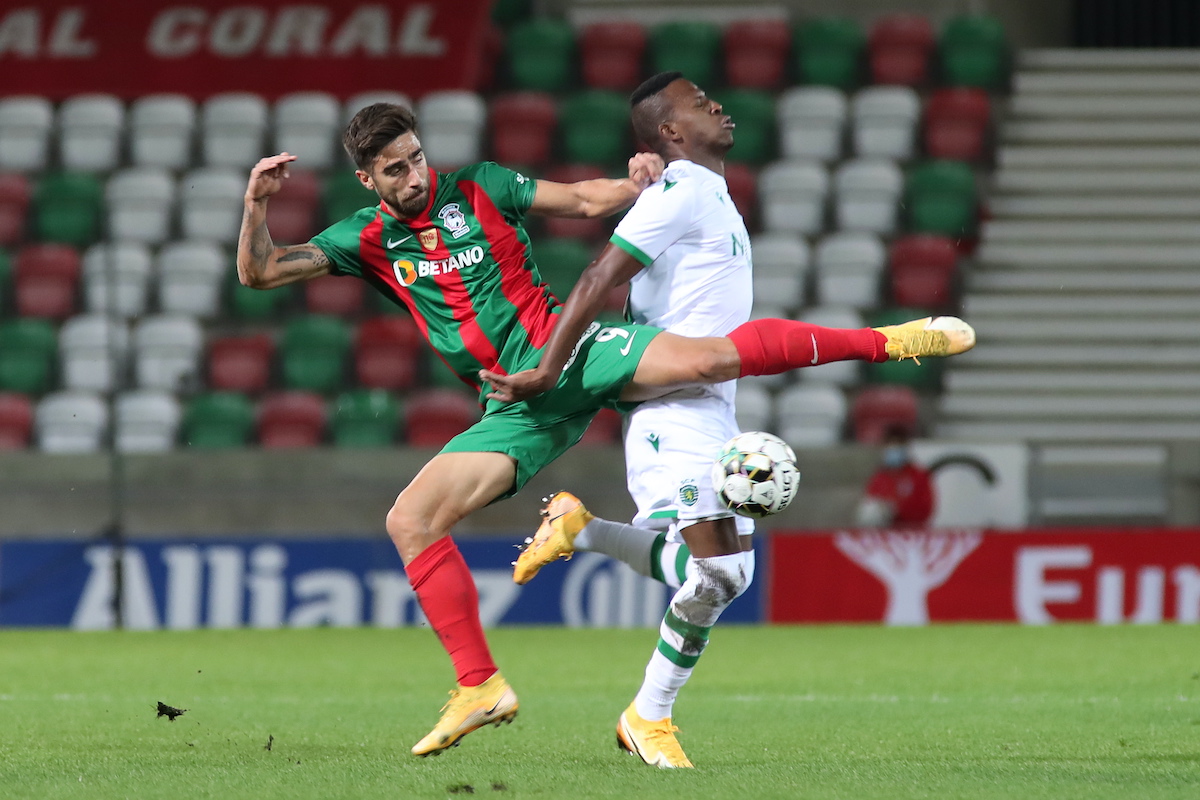 This Monday, Marítimo eliminated Sporting da Taça de Portugal in football, by winning 2-0, in Funchal, a game marked by a mistake by central Neto and in which the ‘green and whites’ failed to define the plays.

The tie started to be defined on 68 minutes, when the Brazilian striker Rodrigo Pinho, apparently leaving for Benfica, put the islanders in front of the scoreboard, a player who, on 79 minutes, assisted the central defender and his compatriot Léo Andrade for 2-0, sentencing the game.

The ‘verde-rubra’ team had the merit of having remained always cohesive to defend, supporting Sporting’s offensive play flow and, at the right time, taking advantage of a serious mistake by the opponent’s supposedly more experienced player to score.

That was the key moment of the game, when Neto made a ‘suicidal’ pass to the central zone in an attempt to endorse the ball to Palhinha, but it left him with the wrong strength and direction and allowed Marítimo a situation of counterbalance who got the opposite defense all decompensated.

There was just over 20 minutes to the end of the match, at a time when Sporting had returned to the game, after a drop in intensity at the beginning of the second half, and to pressure a Maritime more and more defending with the lower block, with the lines closer together, and trying to get away for certain in counterattack moves.

The Madeirans still reached the second goal, in the 79th minute, by Léo Andrade, following a corner kick in which the home central took advantage of a deflection to the first post to touch the ball to the bottom of the nets, giving the fatal blow to the aspirations of Rúben Amorim, who had launched the ‘heavy artillery’ minutes before , bringing in the usual holders Pedro Gonçalves, Sporar, João Mário and Pedro Porro.

However, the history of the game so far was very different, with Sporting almost always on top, to be able to bid between lines and in depth, which caused many problems to the defense of Marítimo, which was consistent and had a lot of merit, but also benefited from errors of Sporting’s attack in the definition of plays.

The last cross, the last pass, the last table was always missing for Sporting to translate into goals the attack moves that it was able to produce during the first half, the most striking of all just after seven minutes, when Tiago Tomás, only with the goalkeeper Caio Seco in front, deflected the ball crossed by Matheus Nunes to the bar, when he had everything to score the goal.

The first occasion of any danger from Marítimo happened in the second half, at 51 minutes, in a set piece, with Lucas Áfrico shooting over the bar, which is why the merit of the triumph has to be credited to its defensive consistency.

Sporting paid dearly for the youth and lack of skills of players like Gonzalo Plata and Tiago Tomás, but had great performances like that of Palhinha, a ‘monster’ in the midfield axis recovering balls and launching the team into the attack, and the two Nunos, Mendes and Santos, on the left flank, who ‘punched’ the island defense with their interior diagonals and trips to the bottom line.

Program of the day: