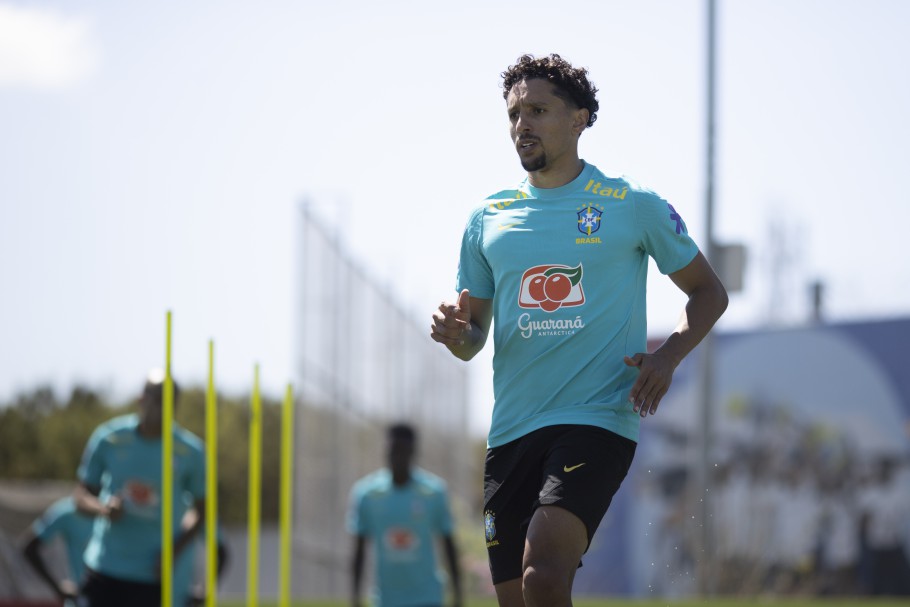 Tite will also have defenders Éder Militão, Lucas Veríssimo, Miranda and Léo Ortiz at his disposal; player was also suspended in the match against Argentina

A Brazilian Football Confederation (CBF) announced this Tuesday afternoon, 7 that the player Marks he will not participate in the training at CT Joaquim Grava, in São Paulo, nor will he continue the trip with the delegation to Recife, Pernambuco, where the match between Brazil and Peru next Thursday, 9. at 9.30 pm. After taking two yellow cards, the player was suspended from the match between the Brazilian team and Argentina last Sunday, 5. The CBF informs that it contacted the FIFA Disciplinary Committee on Monday, 6, but did not obtain guarantees about the possibility of casting the athlete and chose to recall Marquinhos. Without the player, Tite will still have at his disposal the defenders Éder Militão, Lucas Veríssimo, Miranda and Léo Ortiz.