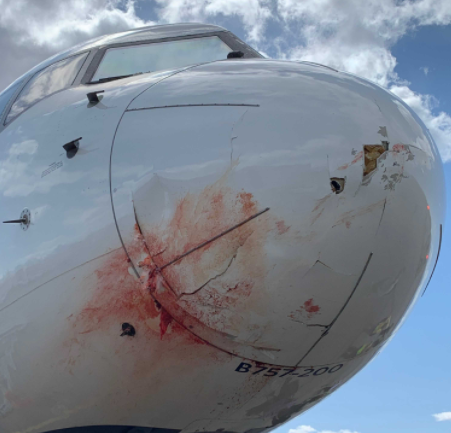 In a statement, the franchise reported that the incident happened shortly after takeoff and sparked a fire in the engine of the Boeing 757-200, which was traveling to Memphis

The plane that carried players, members of the coaching staff and board of directors of Utah Jazz, team that disputes the western conference of NBA, needed to make an emergency landing, on the afternoon of last Tuesday, 30, after crashing into birds. Despite the scare, no one was hurt. In a statement, the franchise reported that the incident occurred shortly after takeoff and sparked a fire in the engine of the Boeing 757-200, which was traveling to Memphis. Today, the team faces the Grizzlies.

“While the aircraft was taking off, there was a crash with some birds. The left engine stopped running, and the pilot declared an emergency to return to Salt Lake International Airport. The aircraft landed without incident, ”said the company, in an official statement. The pilot quickly returned to the takeoff location, making the maneuver to the Utah airport. The players and the rest of the delegation then boarded another aircraft, proceeding to their destination without any major problems.

#UPDATE Images we’ve just gotten of the damage too the Delta 757-200 that was carrying the @utahjazz more on @ fox13 at 4 and 5 pic.twitter.com/oW7gvVZwn3