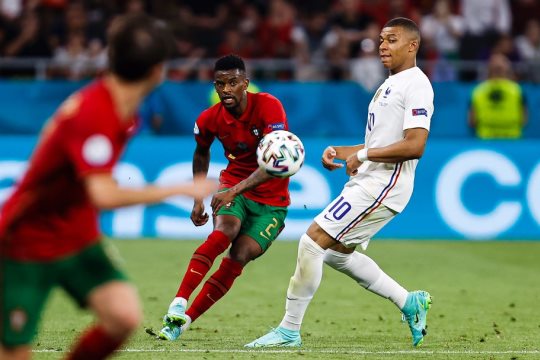 Nélson Semedo was called up to the Portuguese national team, replacing Ricardo Pereira, who was considered “unfit” for the games with the Republic of Ireland, Qatar and Azerbaijan, in the call, informed the Portuguese Football Federation (FPF).

According to information disclosed on the FPF’s official website, the Leicester player, who was part of the initial list of 25 players called up by Fernando Santos, “was considered unavailable by the FPF Health and Performance Unit”.

Ricardo Pereira he was injured on Saturday, right in the opening moments of the match between Leicester and Norwich, for the English League, just minutes after having assisted Jamie Vardy for the first goal for the foxes.

Given the unavailability of Ricardo Pereira, the national selector chose to call Nelson Semedo, Wolverhampton’s full-back, who was at Euro 2020 and now integrates the options for the two qualifying games for the 2022 World Cup, with the Irish and Azeri, and for the private with the Qataris.

“Nélson Semedo was summoned this sunday by Fernando Santos and will start on Monday, at Cidade do Futebol, the preparation for the commitments of the National Team against the Republic of Ireland, Qatar and Azerbaijan”, can be read in the note.

The Portuguese team receives the Republic of Ireland, this Wednesday, at the Estádio do Algarve, and six days later plays against Azerbaijan, in Baku. In between, they will face Qatar, in a particular scheduled for Saturday, in Debrecen, Hungary.

Portugal leads or Group A World Cup qualifiers with seven points, the same as Serbia, while Luxembourg are third with three, ahead of Republic of Ireland and Azerbaijan, who have yet to score.

The group stage of the European qualification for the World Cup 2022 ends in November and the winner of each of the 10 groups progresses directly to the finals. The runners-up will compete for the play-offs qualifiers, which will be joined by two League of Nations group winners who fail to qualify directly for the finals or for the play-offs.

Of these 12 teams present in the play-offs, which will be played in March 2022, the last three European representatives will come out in the next World Championship, which will take place in Qatar, between November 21 and December 18, 2022.