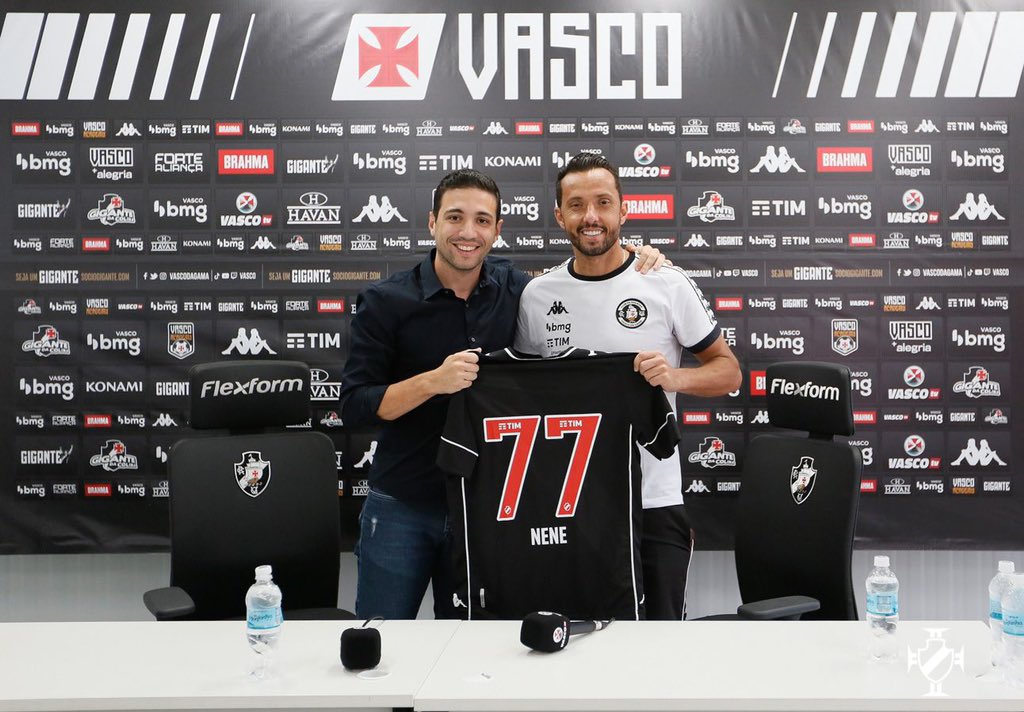 Reproduction/VascoNenê was announced with Vasco’s 77 shirt

More than three years after leaving the Basque, the midfielder baby was presented this Wednesday again as a reinforcement of the Rio de Janeiro club. The 40-year-old player went through São Paulo and by Fluminense since he left São Januario. Despite having a good time for the Laranjeiras club, the athlete said that returning to the Cruzmaltino club is going back to where he was happier. “Vasco is Vasco, he is the giant, he will always be Vasco. Very happy to be returning to the club in Brazil where I identified the most. Affection, respect and admiration for this club that was and continues to be very important to me”, said the player, at a press conference in Rio de Janeiro, this Wednesday, 15th.

Nene has already been registered in the CBF Daily Newsletter (BID) and can debut for Vasco this Thursday against the CRB, at the Rei Pelé stadium, in Maceió, for the 24th round of the Brazilian Championship Series B. The player claimed to be physically well, made himself available to the coach Fernando Diniz and also stated that he believes in Cruzmaltino access for the national elite. “I feel very good physically and I really want to help the team right now. I improved a lot tactically, the motivation is the same, the focus is the same. I keep being boring wanting to play all the games. I definitely believe in access, they have a very qualified squad and a great coach”, said the guard, who spoke about the reunion with Diniz. ‘He’s a coach I know and fits my style of play. Retirement I won’t talk because I’m not thinking. I love challenges, I’m always reinventing myself, breaking paradigms. The less intensity makes up for it with experience and motivation”, he added.