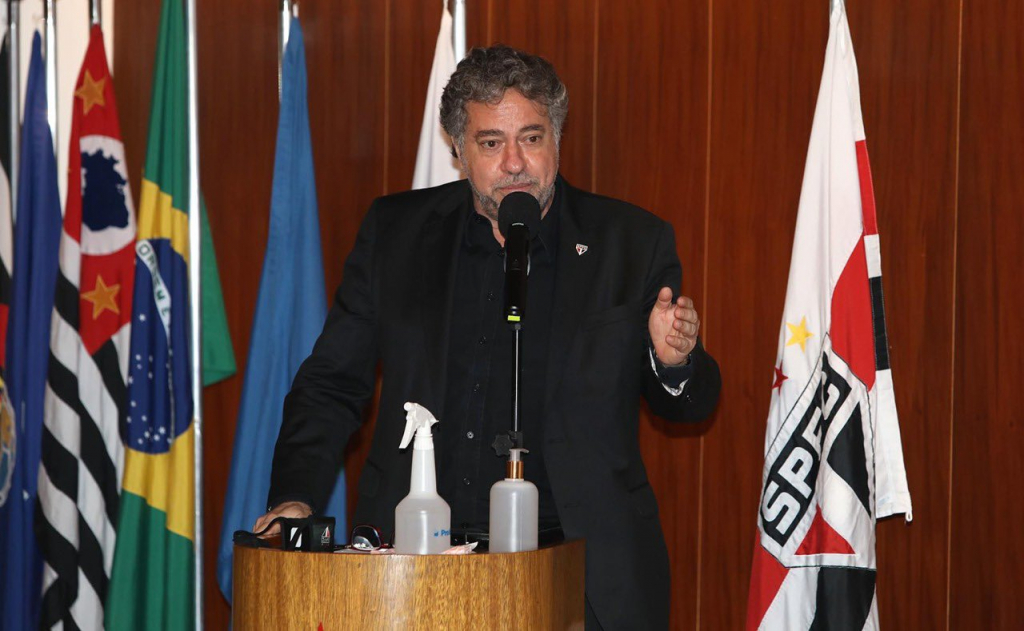 Julio Casares took possession in the position of president of Sao Paulo this Friday night, 1st, in a ceremony in the main hall of the stadium Morumbi. Elected for a three-year term, the director promised to “reconcile São Paulo with its origins” and highlighted in his speech the need for the club to save and renegotiate debts in order to have a more relaxed management. “Financial austerity is something we are demanding. The professionals who will replace the others will represent an economy ”, said Casares in the inauguration speech. Because of the new pandemic coronavirus, the event was attended by a few people and was broadcast live on the club’s YouTube channel. “We are going to work on a financial realignment and we will have a committee to help us along that line. We have to reorganize our debt, negotiate terms, ”he added. In addition to clearing debts, Casares has the mission of taking Tricolor out of an eight-year queue without title (the last was the South American of 20212)

Casares defeated Roberto Natel in the electoral dispute and announced as the main novelty the arrival of the former coach Muricy Ramalho for the position of football coordinator. Other directors have already been appointed to areas such as the legal and marketing departments. Next Monday, the president promises to release a list of 50 goals to be met in the first 100 days in office. He promises to put into practice in the club a system with sectorial cameras composed of councilors and directors to delegate functions and monitor the development of different activities.

Predecessor of Casares, Carlos Augusto de Barros e Silva, Leco, stated that he leaves his position happy for the work done. He has been in office since October 2015. “I leave calmly, with my head held high, that I will deliver São Paulo tidy, overcome with traumas to a professional person, of great expression. A figure who has developed profitable situations in his life will now dedicate himself to the club, ”he said.