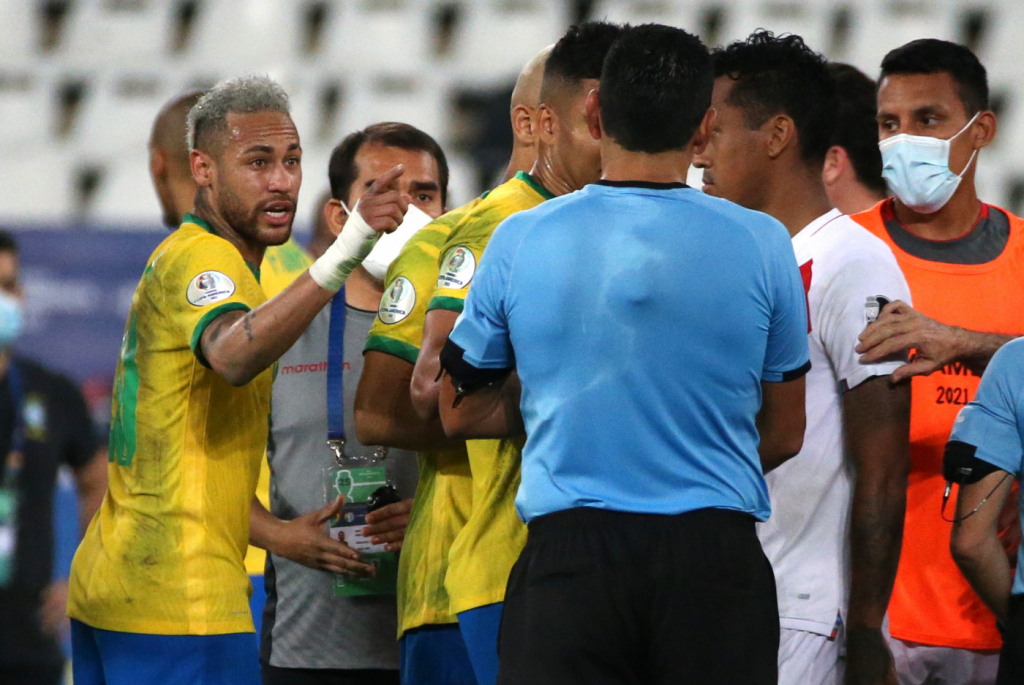 Neymar criticized the Chilean referee Roberto Tobar for the stance adopted in Brazil’s 1-0 victory over Peru this Monday, 5th, at the Estádio Olímpico Nilton Santos, in the semifinals of the America Cup, and revealed the desire to face Argentina from Lionel Messi in the decision. “He is a very arrogant referee. The way he looks, it’s a lack of respect. He can make mistakes or hits, that’s part of the game, but he can’t be a referee of the Copa América semifinals”, said the number 10 of the team still on the playing field after the triumph in Rio de Janeiro. The star left aside the rivalry in favor of the friendship he has with some players and said that he prefers a victory for Argentina over Colombia this Tuesday, in Brasília, in the other semifinal of the continental competition. “I want Argentina because I have a lot of friends there and I want to face them and for Brazil to win,” said Neymar, who is a great friend of Lionel Messi and plays alongside midfielders Leandro Paredes and Ángel Di María at Paris Saint-Germain .

The only goal of today’s game at Nilton Santos came from a great individual play by the number 10, who after applying a pen to the defender, rolled to Lucas Paquetá send to the network. The forward praised the former Flamengo player. “Paquetá is a great player and is growing with each game. He had a great season at his club (Lyon) and is a very important player for the Brazilian team”, he praised. Paquetá, in turn, celebrated the fact that he scored a goal for the second game in a row and said he was happy with the partnership with ‘Ney’. “It was a very difficult game, very disputed, with very strong marking. We managed to confirm the victory and pass the stage. I’m very happy to be able to help the national team and Neymar”, declared the midfielder.