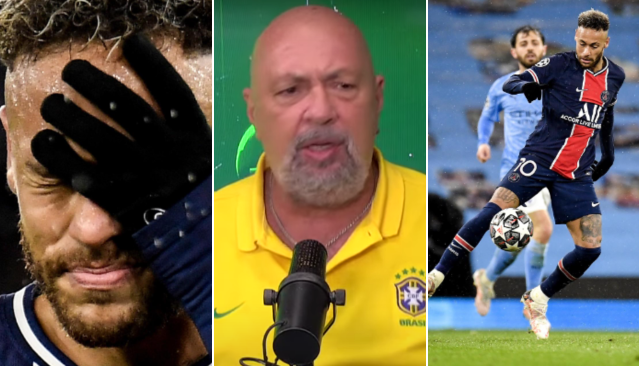 O Manchester City didn’t give a chance, won Paris Saint-Germain once again and advanced to the final of Europe Champions League with extreme authority. Neymar, shirt 10 and the main hope of the French team, ended up having another discreet performance, doing little in the face of the strong collective power of the team of Pep Guardiola. In order to Nilson Cesar, narrator of Grupo Prime Time Zone, the result of the confrontation “gave the logic”. As for yet another failure of the Brazilian ace, the announcer asked for more humility to the star, who still has a long way to go to achieve his goal of being the best player in the world.

“My friends, it was logical! PSG, the boy Neymar, is out of the ‘Champions League’ once again. Look, I said: I could even make it to the final if I had faced another opponent, but not against City. You need to stop this ‘drooling’ of Neymar, thinking that he will solve the situation. Thinking that Neymar will overcome a team that tactically is better, like Manchester City, led by Guardiola, which has been evolving. And then there’s De Bruyne, who is having a fantastic season. For me, it was logical. What you need to understand is that Neymar is far from being the best in the world. What a ‘Ney Day’! It’s ‘Guardiola Day’! Day De Bruyne ‘! Stop that story! They keep those frills, and PSG are eliminated. Congratulations to Manchester City, who are still in the competition. More humility and more ball, huh? ”, He fired.

Neymar was extremely criticized by the French press after being eliminated in the Champions League semifinals. Le Parisien, for example, called the Brazilian a “genius without ideas”. “Without his alter ego ‘Ney’, often positioned on the left, he would never, if ever, play for his partners and often did unnecessary dribbling. For someone who used to be called a genius, this became embarrassing ”, pointed out the publication. France Football, the magazine that awards the Golden Ball award, in turn, scored 2 for the star, who sees the possibility of winning some relevant individual prize practically ending.