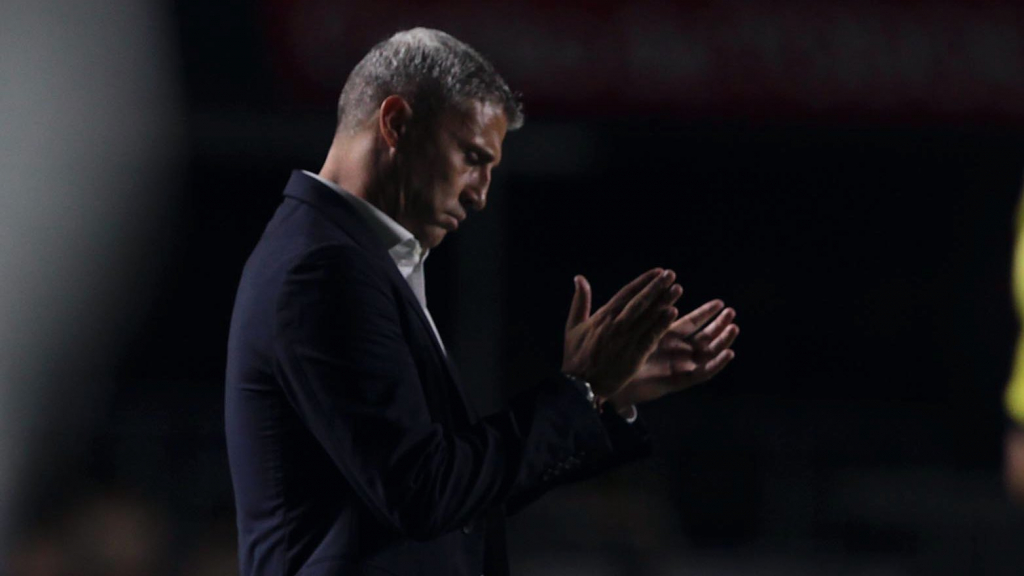 The uniformed fans of Tricolor disapproved of the coach’s idea of ​​saving players at Majestoso, held last Sunday, 2, at Neo Química Arena

Main organized crowd of the Sao Paulo, Independente criticized the coach Hernan Crespo after the tie in 2 to 2 with Corinthians, held on the night of last Sunday, 2, at Neo Chemistry Arena, for the penultimate round of the group stage of Paulista championship. Through his Twitter account, the uniformed player questioned the Argentine coach for putting a modified team on the field, without several players considered starting this season. Tricolor, however, started the match already classified for the quarterfinals of the State and having an important commitment before the Racing, from Argentina, this Wednesday, 5th, for the Copa Libertadores de América.

“They forgot to warn CRESPO! That game against those Trash is worth more than a title. We followed together in São Paulo. Classic is war, ammunition is not spared. Enough ”, says an Independent publication shortly after the duel, on the dawn of this Monday, 3. And for those who think that Wednesday is more important than today’s game, it changes teams and supports Libertadores. Here, we only support SPFC ”, adds the organizer, who emphasizes the importance of the game because São Paulo has never beaten its rival in Itaquera – now there are 10 defeats and 4 draws since the foundation of the arena in 2014. equality, however, guaranteed the first overall position for Tricolor in the group stage of the Paulista Championship, in addition to the invincibility of nine consecutive matches – the team has not lost since the return of the State.

They forgot to warn CRESPO
That game against those Trash is worth more than a title.

we continue together for São Paulo 🇾🇪

Classic is War✔️
Ammo is not spared.

And for those who think that Wednesday is more important than today’s game, they change teams and hope for liberators.

Here we only support SPFC 🇾🇪🇾🇪🇾🇪