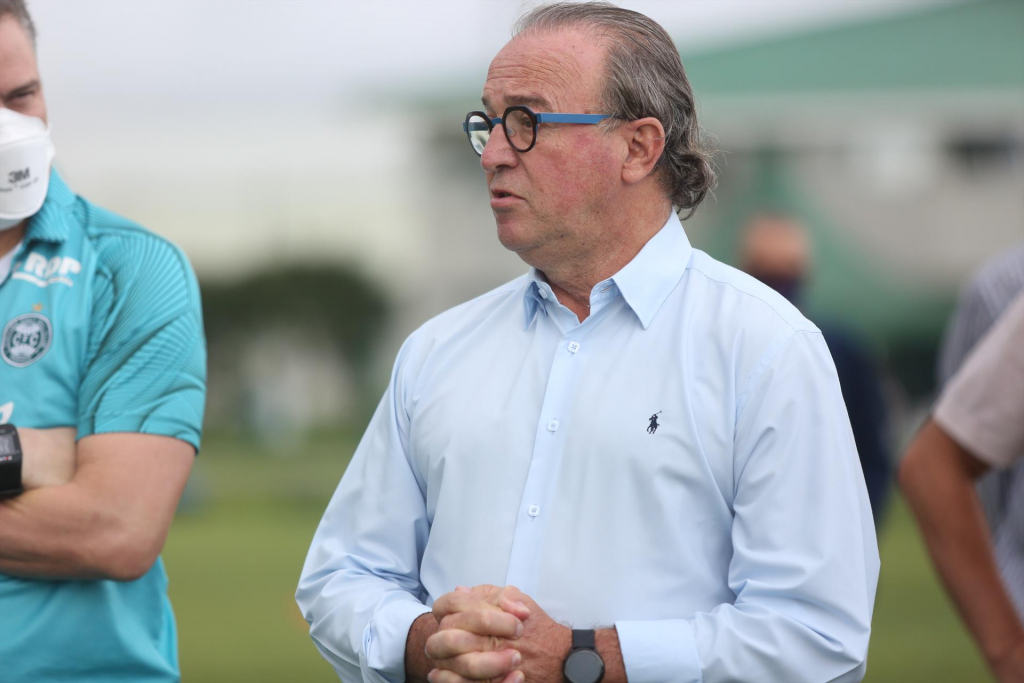 Renato Follador Jr. was hospitalized in a hospital in the capital of Paraná since June 1st

Disclosure/CoritibaRenato Follador Jr. assumed the presidency of Coritiba in December 2020

the president of Coritiba, Renato Follador Jr., died this Saturday, 3, aged 67, a victim of complications from Covid-19. He was hospitalized at Hospital do Rocio, in the metropolitan region of Curitiba, Paraná, since June 1st. In a statement, the club declared official mourning “with all due condolences and homage to the president”. He leaves his wife and three children. Follador assumed the presidency of Coritiba in December last year, staying a few months in the position. “He was elected with a large majority of votes and began his journey as club president. However, he couldn’t see the Under-20 champion of the Brazil Cup and he didn’t even have time to put into practice everything he wanted for his beloved Coritiba”, says the statement. Before that, he was a professional athlete at the club in the 1970s and was already building a history with him, as his father was champion in the 1950s for alviverde.

It is with great regret that we say goodbye to President Renato Follador, who took charge of Coritiba in early 2021, and died today, a victim of Covid-19 complications. It is a moment of unity and strength for all family members, friends and the white-thigh nation. 😔🙏⚪💚Rest in peace. pic.twitter.com/s2tVKDKNnr