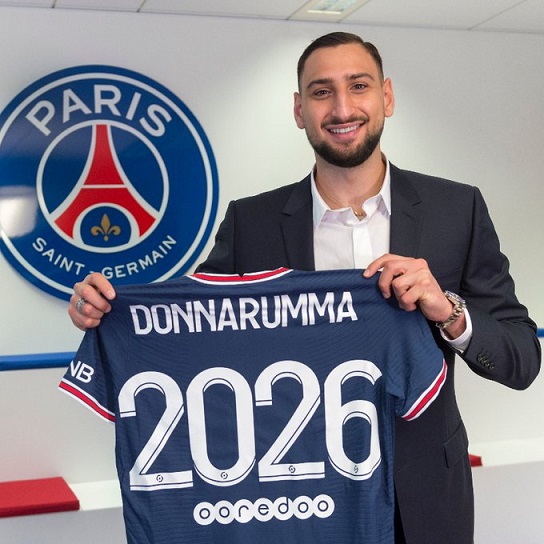 Free on the market after not renewing with Milan, the archer signed a contract for five seasons, that is, valid until mid-2026

Playback/PSGDonnarumma closed with PSG until 2026

Gianluigi Donarumma is experiencing a magical moment. Champion of the Euro Cup with the Italian national team and elected a star in the competition, the goalkeeper was announced this Wednesday, 14, as a new reinforcement for Paris Saint-Germain. Free on the market after not renewing with Milan, the archer signed a contract for five seasons, in other words, valid until the middle of 2026. “I am very happy to be part of this great club that is Paris Saint-Germain. I feel ready to face this new challenge and continue to grow here. With Paris, I want to win as much as possible and make the fans happy,” said the 22-year-old, who will compete for position with Costa Rican Keylor Navas.

“We are pleased to welcome Gianluigi Donnarumma to Paris Saint-Germain,” said Nasser Al-Khelaïfi, President of Paris Saint-Germain. “We congratulate the athlete on the victory at UEFA EURO 2020 and the title of best player in the competition. I know that Gianluigi will receive a warm welcome from everyone at the club, including his teammates, our team and all the Parisian fans”, commented the leader, who has already reinforced the group with other strong names, such as defender Sergio Ramos, the full-back -right Hakimi and midfielder Wijnaldum.