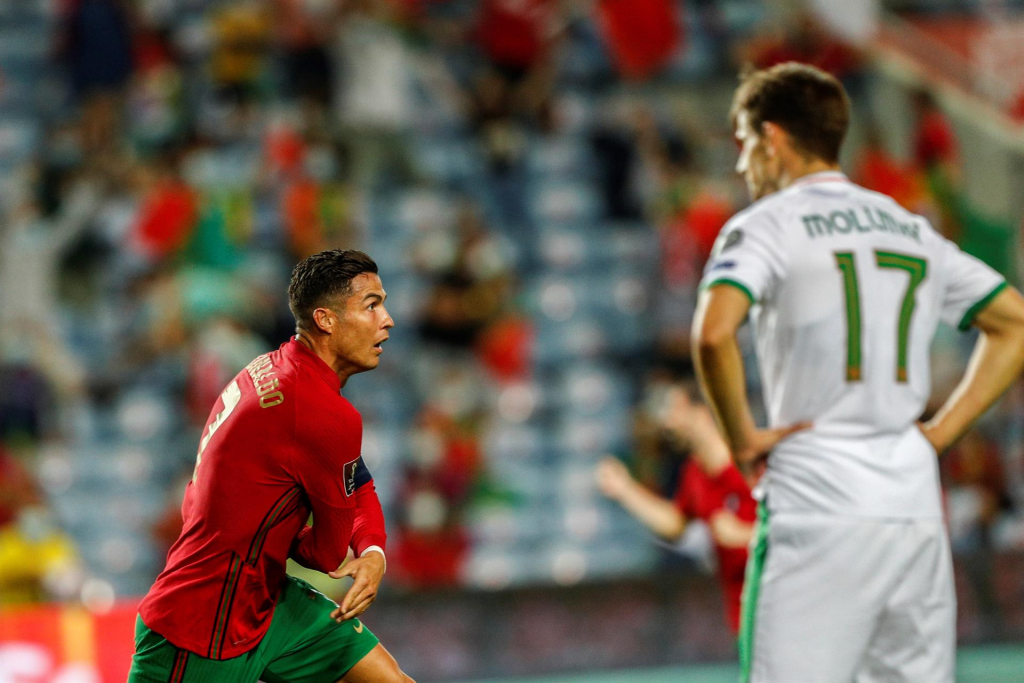 Striker scored 44 minutes into the second half and in stoppage time, against Ireland

Cristiano Ronaldo remains the biggest football reference in Portugal and proved it again this Wednesday, the 1st. In a match valid for the 4th round of european qualifiers to the 2022 World Cup, the Portuguese team was losing 1-0 to the Ireland until the 89th minute, when the ace scored two goals and decreed victory for the guys. The Irish took the lead with Egan, in the 45th minute. CR7 appeared at 44 of the second half to score the first, and in additions closed the account 2-1. The result leaves Portugal in first place in the Group A, with 10 points, ahead of the Serbia that has seven and Luxembourg with six. Ireland and Azerbaijan have not scored yet.

The victory also brought a personal mark to CR7 that reaches the 111 goals for the selection, taking the lead as the player who scored the most times for a national team in history. The second-highest scorer is Iran’s Ali Daei, who hit the net 109 times. In the top 10 list, Skin appeared in seventh with 77 goals for the Brazilian team. Cristiano will return to the field on the 7th to face Azerbaijan.