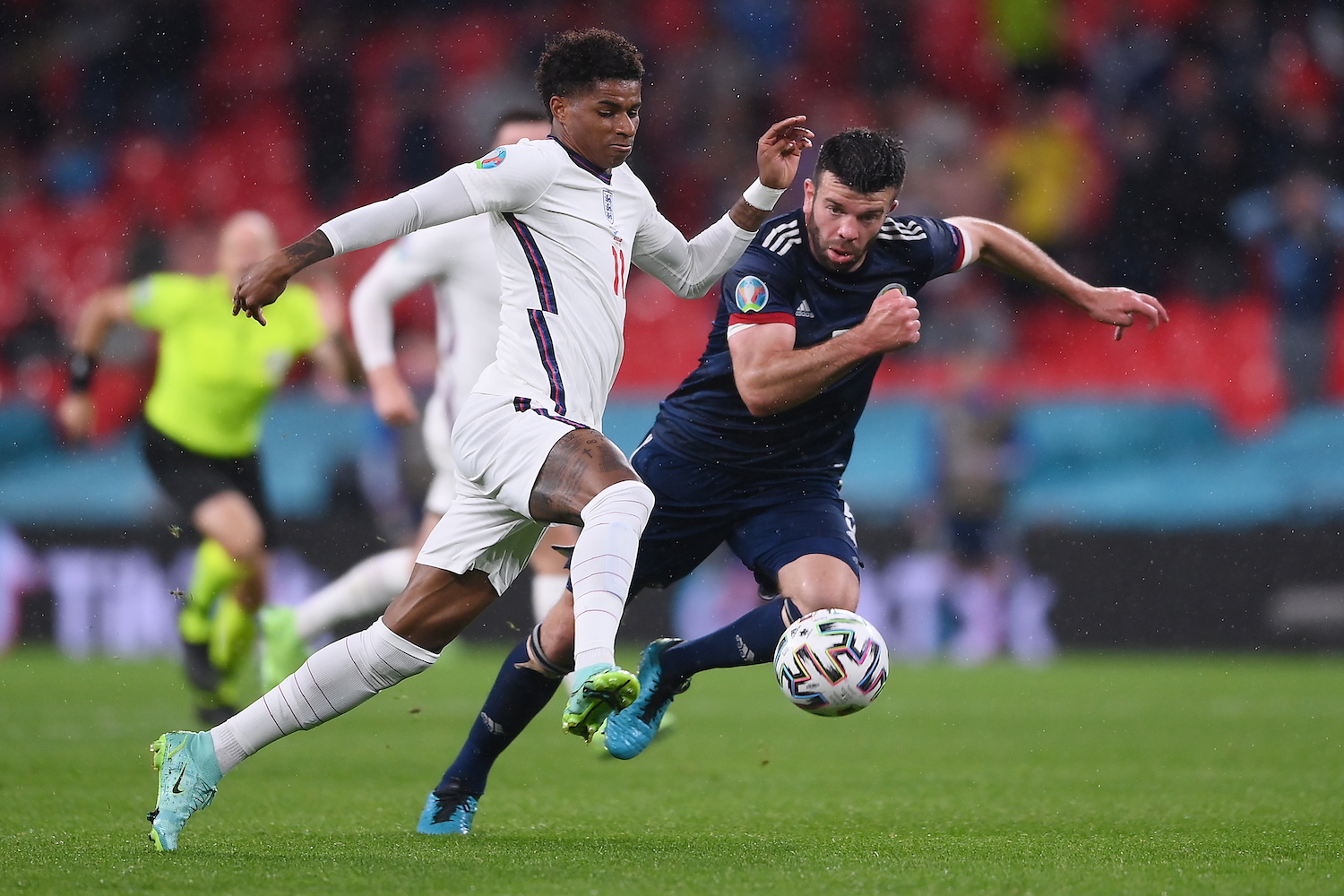 Marcus Rashford and Grant Hanley in action in England – Scotland

The arrests follow the insults that Rashford, Sancho and Saka suffered after missing penalties in the final against Italy.

Remember that the English Federation and figures such as Boris Johnson and Prince William publicly expressed support for players. The British Prime Minister even promised banish racist supporters of watching games, can be read on the BBC.

Mark Roberts, head of the British police unit that manages football, was pleased with the universal condemnation the case received. “Our England team was a true example during the tournament, behaved with professionalism and dignity. It disgusts me to know that there are individuals out there who think it is acceptable to direct this heinous abuse to players or anyone else,” he says.

The agents are working with social media Facebook, Instagram and Twitter in the investigation, this after the British Prime Minister met with those responsible for these technological giants to discuss strategies to combat racism online. THE investigation will continue to try to find more responsible.

“If we identify who is behind this crime, we will find out where they are and are going suffer the serious consequences these shameful actions,” warns Mark Roberts.

Rashford Mural Vandalism May Not Be Racist

In addition to the insults on social media, the mural in homage to Marcus Rashford, located in Manchester, was also vandalized. The player is one of the figures in football more involved in the community, having even been decorated by the queen after donating millions to a program that provides meals to children in schools.

O Rashford mural was vandalized hours after the end of the game against Italy. In response, several people left support messages to the player to cover insults.

However, Manchester police said they are not sure the destruction is racist motivated, writes the The Guardian. “Although we do not believe that the content of the vandalism is racist nature, the agents will keep an open mind about the reason behind the defacement of the work”, announced the police.

The case has also gained political contours. the international Tyrone Mings, from Aston Villa, even came to accuse the British Secretary of State, Priti Patel, of hypocrisy. “You can’t fan the fire at the start of the tournament by calling our anti-racism message a ‘political gesture’ and then pretend to be horrified when the thing we protest happens,” he wrote on Twitter.

You don’t get to stoke the fire at the beginning of the tournament by labelling our anti-racism message as ‘Gesture Politics’ & then pretend to be disgusted when the very thing we’re campaigning against, happens. https://t.co/fdTKHsxTB2

Boris Johnson’s previous comments about the boos the players suffered from the English cheerleaders after kneeling in protest against discrimination have also been criticized. At the time, Johnson defended the “right of people to protest peacefully“He reminds the BBC.

This incident has once again sparked debate about racism in football and the role of online platforms for fight the spread of hate speech.