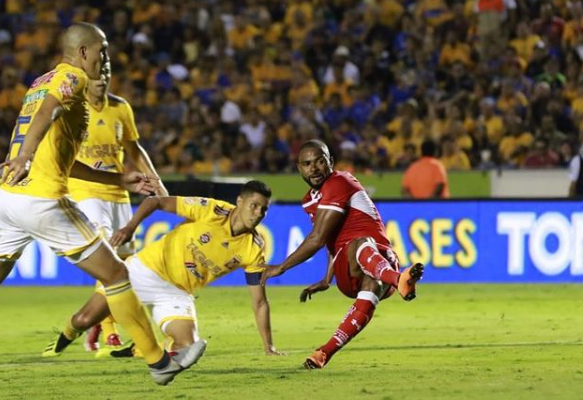 Meet the new reinforcement of Tricolor, who played in Mexican football for seven seasons and arrives to compete for position with Daniel Alves and other midfielders

Playback / InstagramWilliam is the new reinforcement of São Paulo

This Tuesday, 16, agreed to hire midfielder William da Silva, who was in Toluca, Mexico – the information was confirmed, initially, by Globoesporte.com. The 34-year-old had a contract with the Mexican club until the middle of the year, but was released to look for another club and will arrive free of charge. The midfielder should arrive in São Paulo in the next few days and will sign a valid contract until the end of the 2021 season, with his permanence conditioned to his performance in the Morumbi team. But, after all, who is the new Tricolor reinforcement, which Bruno Rodrigues, Miranda and Orejuela has already announced?

William da Silva was part of his youth team at Juventus, from Mooca, in São Paulo, until he transferred to Palmeiras, still a boy. The athlete, however, suffered from heart problems, having two stops at a young age and needing to interrupt his trajectory in football for almost two and a half years, between 2004 and 2006. At Alviverde, he even returned to the pitch, but had little space in the team and was lent to several teams, such as Ipatinga, Náutico, Vitória and Joinville. In 2012, he left the club from Paraná for Busan Ipark, from South Korea, where he stayed for only one season before migrating to Mexican football in 2013.

His best moment in football happened, in fact, in Mexico. First, at Querérato, William da Silva was able to share a locker room with Ronaldinho Gaúcho, who had a discreet pass through the team, between 2014 and 2015. There, the midfielder also met and created a strong bond with Tiago Volpi – according to “Yahoo Esportes” , the goalkeeper had a direct participation in the negotiation with São Paulo. Then, he wore the shirt of América and since then he defended Toluca, where he made 73 matches, scored eight goals and gave four assists.

In the field, William is known as a second middle man, participating in the construction and approaching the area to finish the plays. The figures on the “SofaScore” platform, however, also point out that he is a very combative player, active in steals. In the system of coach Hernán Crespo, then, the southpaw arrives to compete for position with Daniel Alves, Hernanes, Tchê Tchê and other important figures. In social networks, William shows to be very close to his family, posting photos with his daughters and wife frequently.