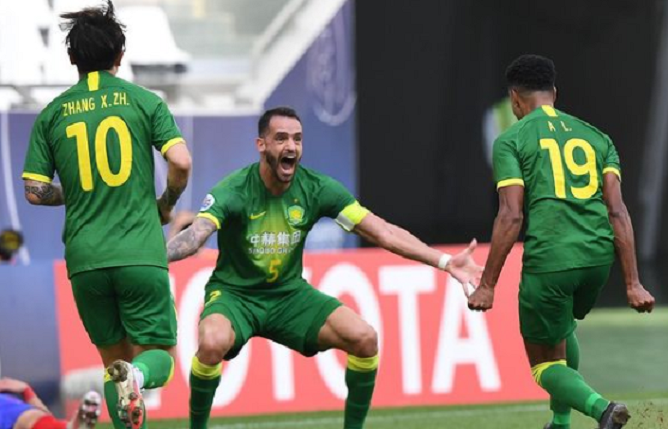 In addition to publishing a video with his best moments for the Chinese club, the midfielder also wrote a letter to fans, stating that the termination of his contract was not the way he would like to leave the team.

Renato Augusto used their social networks last Wednesday night, 21, to say goodbye to Beijing Guoan, from China, where he has worked since 2016. In addition to publishing a video with his best moments for the Chinese club, the midfielder also wrote a letter to fans, stating that the termination of his contract was not the way he would like to leave the association . Now, he lives the expectation of being announced as a reinforcement of the Corinthians, where he lived brilliant moments, as in the achievement of the Brazilian championship of 2015 and in the South American Cup de 2013. Although he received proposals from abroad and also from Flamengo, he chose to accept Timão’s offer.

“In January 2016, when I left Brazil to go to China, after being champion of the Brasileirão and best in the competition, I never imagined that that trip would be one of the most exciting of my life. Wearing the Beijing Guoan shirt, it was love at first sight. What an incredible atmosphere at Worker Stadium! What lovely fans! What a privilege! Wearing this shirt, I lived great moments of my life! I won the Olympic gold medal, played a World Cup for my country, when no one believed I could continue playing at a high level in China, and thanks to my club and my teammates, I did it. I was champion in China, which was amazing. Giving back to the club and the fans everything they did for me was a great honor, as their captain! Unfortunately, the pandemic came, bringing many problems, and distance is one of them”, wrote Renato, who was Chinese champion in 2018.

“Since January, we’ve been trying to find our way back to China, but it didn’t happen. Life is made by tough decisions and it’s hard for me, but I had to look for another option to continue my career at this time. It wasn’t the way I want it to be, and it certainly won’t be a farewell, but see you soon. Surely our paths will meet again. Thanks to Beijing Guoan for everything. Thanks to my teammates, staff, club president and directors, and especially to all of our fans and supporters! See you soon! Love, Renato Augusto”, completed the 33-year-old player, who in three seasons with Corinthians, between 2013 and 2015, played 127 games, scored 15 goals and won three titles. He, however, has not taken the field since last year.