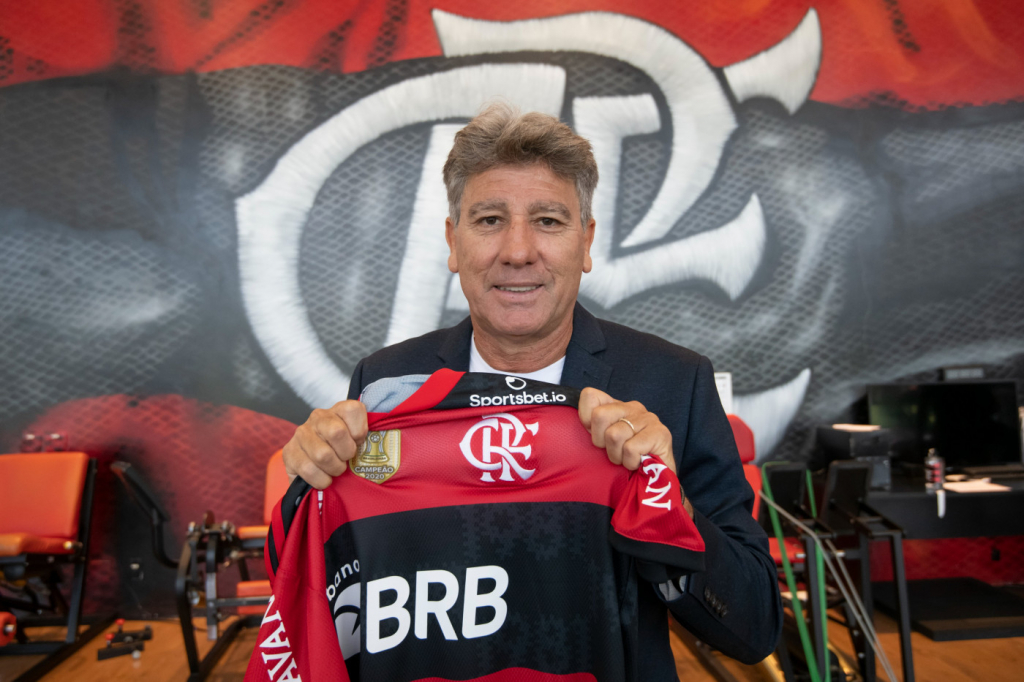 This Tuesday morning, the name of the coach was registered in the Daily Newsletter (BID) of the Brazilian Football Confederation (CBF), guaranteeing his release to debut in command of Flamengo

Renato Gaucho, newly hired coach by Flamengo, recorded a video for the vice president of the Republic, Hamilton Mourão (PRTB), who is a fan of Rubro-Negro from Rio de Janeiro. In a publication that circulates on social networks, the technician also praises the president Jair Bolsonaro (no party) and said to continue supporting the head of the Executive. “Speak up, Mourao! How are you? Now it’s another one to use Flamengo’s mask. We are together, always, with man, with our myth. Hug”, said Portaluppi, while still on the beach.

This Tuesday morning, the name of Renato Gaúcho was registered in the Daily Newsletter (IDB) gives Brazilian Football Confederation (CBF), guaranteeing his release to debut at Flamengo’s command. Enrolled, he will be on the edge of the field, in the match against Defensa y Justicia, this Wednesday, 14, in Argentina, for the first round of the round of 16 of the Copa Libertadores da America. For the important confrontation, the coach will not be able to count on the injured Bruno Henrique and Diego Ribas, as well as Rodrigo Caio, who was missing at the last minute because of a muscle injury in his left calf.