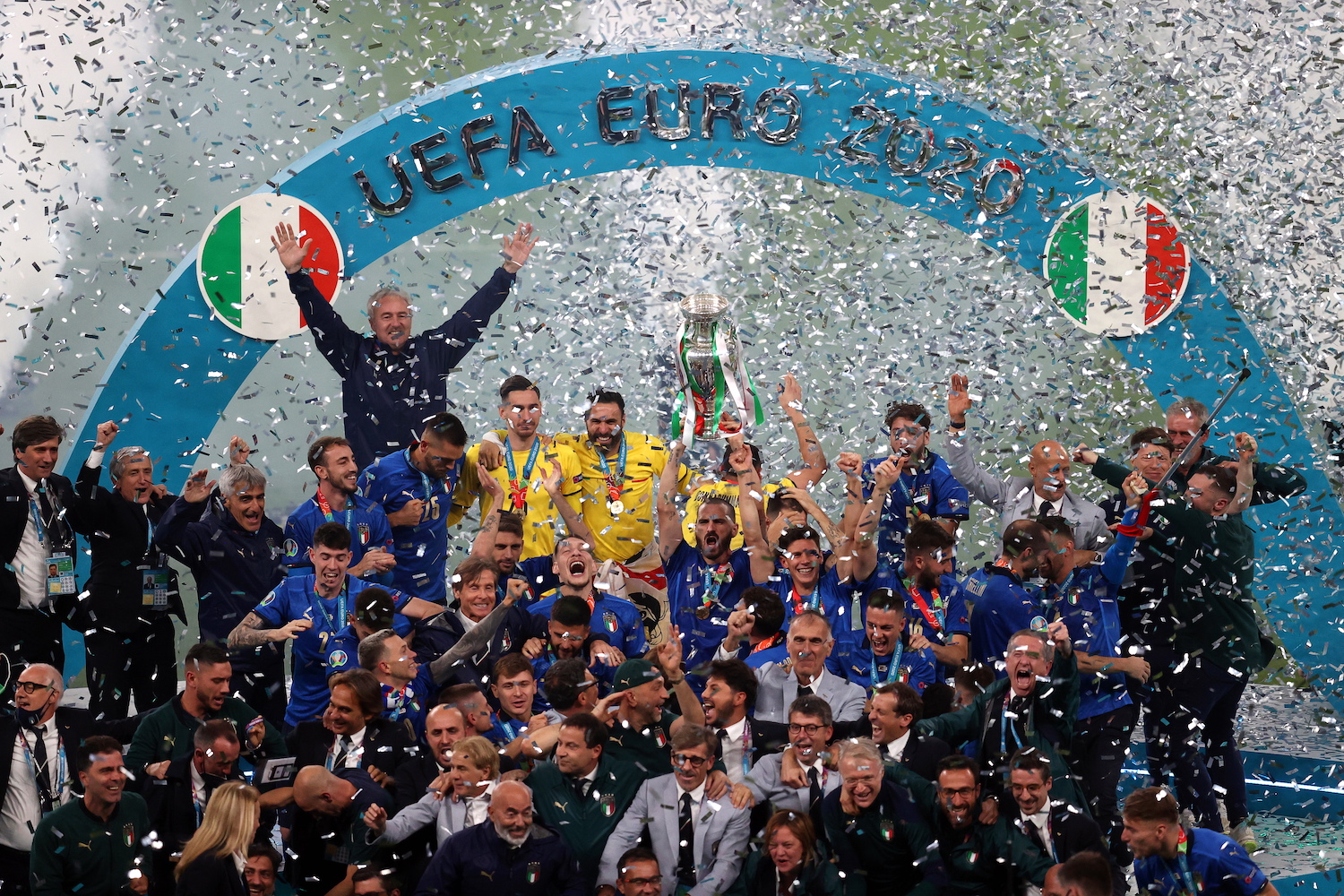 UEFA revealed the ideal eleven of Euro 2020 and champion Italy dominates, with 5 players. England, defeated finalist, has 3 players in the “dream team” and the two best scorers of the tournament, Cristiano Ronaldo and Schick, are left out.

The choices are not consensual among fans of world football and there are many people wondering that Cristiano Ronaldo and or Checo Patrik Schick not part of the ideal team.

Ronaldo and Schick were the top scorers of the tournament, with 5 goals each.

However, officially, UEFA gave the title of top scorer of Euro 2020 to the captain of the Portuguese team because, in addition to the goals, he also added an assist for goal, something that Schick did not get.

Ronaldo scored 5 goals in 4 games, while the Czech forward who plays for Bayer Leverkusen scored his 5 goals in 5 matches.

O Portuguese captain started with an encore to Hungary (3-0), the first from the penalty spot. Then he scored against Germany (2-4), in a game in which Diogo Jota also watched. Closing the group stage, scored twice on penalty against France (2-2) and in the round of 16, was blank against Belgium (0-1), in the game that eliminated Portugal from the tournament.

For your side, Schick kicked Scotland off with an encore (2-0), including a goal just ahead of midfield, the best of Euro 2020, and scored as a penalty against Croatia (1-1). In the last match of the group stage, they didn’t score against England (0-1). But in the round of 16, they scored against the Netherlands, in a 2-0 victory, and, in the quarter-finals, they also scored against Denmark, in a game that eliminated the Czechs with a 2-1 defeat.

Thus, the absence of Ronaldo and Schick from the ideal Euro 2020 eleven is leaving some supporters indignant with UEFA, considering that any of them deserved more to join the “dream team” than o belga Lukaku.

“Lukaku instead of Ronaldo is quite surprising for me, but Schick should have been chosen”, stresses another fan on the same social network.

“And how come Pogba doesn’t come in?”, asks another fan, while there are still those who remember Benzema.

“So Ronaldo, the top scorer and highest ranked player in the entire tournament, according to none other than the official Euro 2020 website, doesn’t get the better of Lukaku. They even gave the [prémio] of Tournament Player to Donorumma, it’s an anecdote“complains another Twitter user, considering that “Veratti was the best player in Italy”.

There are also those who point out that Ronaldo’s absence from the ideal eleven of the Euro 2020 is yet another sign of UEFA’s “prejudice and hate” to “the greatest player in the tournament”.