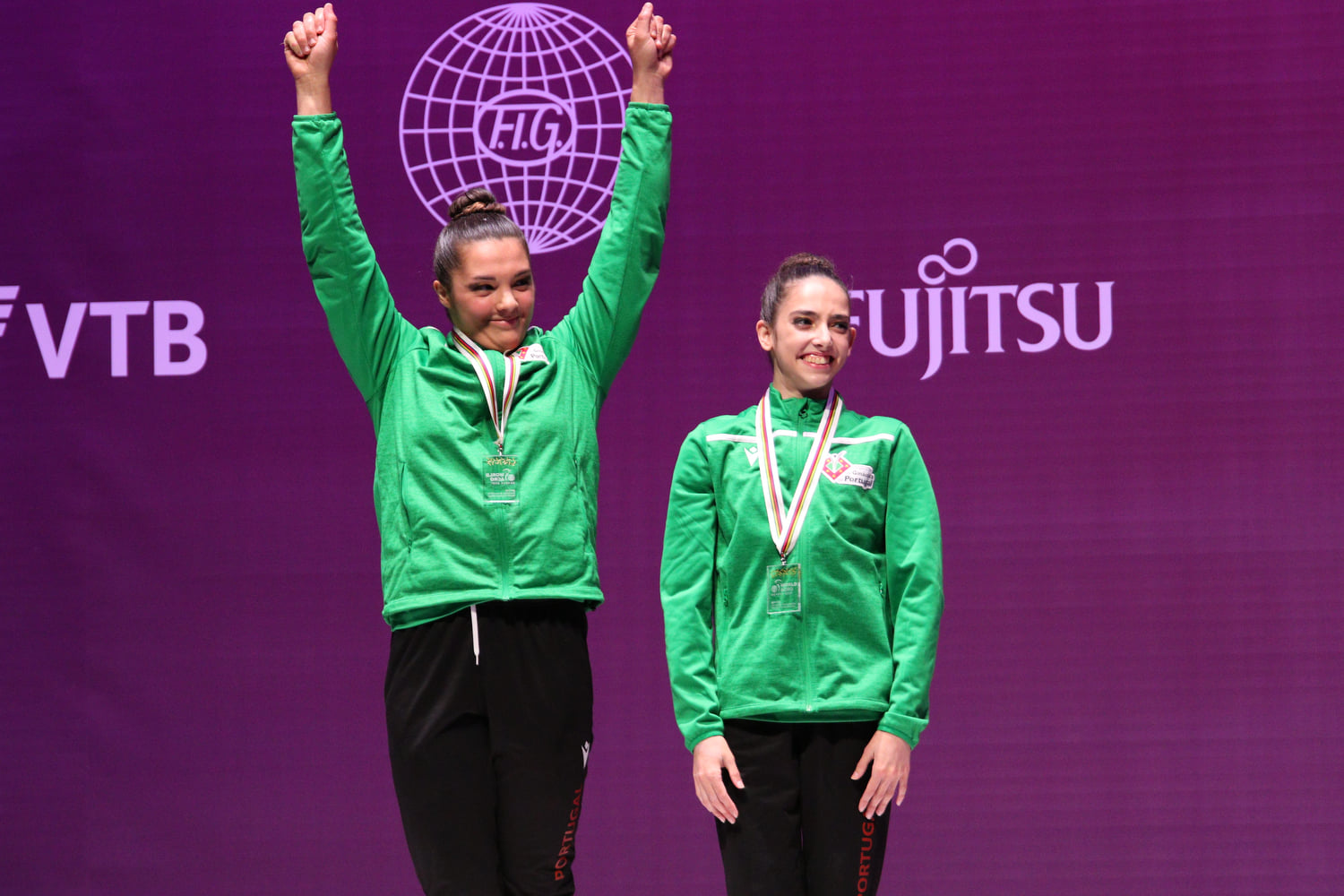 Rita Ferreira and Ana Teixeira won, this Sunday, a gold medal in women’s doubles at the World Acrobatic Gymnastics in Geneva, Switzerland.

The gymnasts Rita Ferreira e Ana Teixeira This Sunday they won the gold medal in women’s doubles at the World Acrobatic Gymnastics in Geneva, Switzerland, the first in this discipline, informed the Gymnastics Federation of Portugal (FGP).

The Portuguese team was represented by 14 gymnasts in Switzerland, competing in the categories of female group, male pair, mixed pair and female pair, and it was in the latter that Rita Ferreira and Ana Teixeira rose to the highest place on the podium.

With 29,120 points, Rita Ferreira and Ana Teixeira prevailed over the Americans Emily Davis and Aubrey Rosilier (28,580), second, and the Russians competing under the colors of the federation Diana Korotaeva and Amina Omari (28,520), third.

Gymnasts Bárbara Sequeira, Francisca Maia and Francisca Sampaio Maia brought the second joy of the day to the Portuguese team, reaching the bronze medal in the final of the female group category, with a very well choreographed combined exercise.

“In recent years, national gymnastics has been giving letters in international events of this caliber, which demonstrates a certain evolution not only of the practitioners, but also of the coaches and other technicians involved in the process”, says the Portuguese Gymnastics Federation in a statement. .

Portugal will be present at the Tokyo 2020 Olympic Games, postponed until this year and taking place from July 23rd to August 8th, with the gymnasts Filipa Martins, in artistic, and Diogo Abreu, on trampolines.