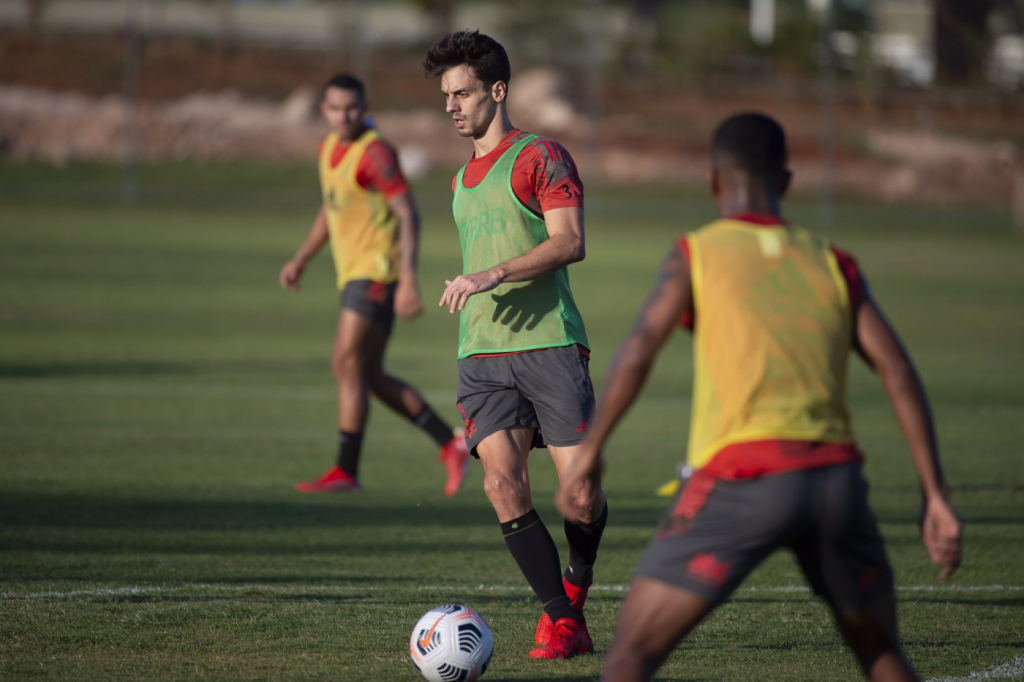 Rubro-negro faces Defensa y Justicia this Wednesday, 21, in Brasília, for the return game of the round of 16

Alexandre Vidal / CRFRodrigo Caio is recovered from a calf edema

The coach Renato Gaucho is in good shape in Flamengo. After two victories in his first games and the return of Isla, Everton Ribeiro, Arrascaeta and Gabriel from the national teams, he will now have more reinforcements. This Tuesday, 20, Rodrigo Caio e Bruno henrique trained normally and reinforce the team in Liberators cup this wednesday against the Defense and Justice, at the Mané Garrincha stadium, in Brasília. Defender and striker had been receiving special attention in the treatment of injuries precisely to be available in the decisive game of the round of 16. Everything went as planned. This Tuesday, at the Brasiliense Training Center, in the Federal District, both were at work, normally without pain.

Rodrigo Caio has recovered from a calf edema after two absentees – against Defensa y Justicia and against Bahia -, while Bruno Henrique no longer feels the pain in his thigh that kept him away from more matches. Both debut under the command of Renato Gaúcho. The confrontation will be with the return of the fans, with the release of the Conmebol to 25% of the stadium capacity. The city of Rio de Janeiro did not release the Maracanã, but Brasília accepted the game and around 18,000 Flamengo fans will be in the stands. Those attending the game will have to prove that they are immunized against the Covid-19 and with proof of exams in hand. Flamengo scored 1-0 in the first leg, in Argentina, and plays for a draw.