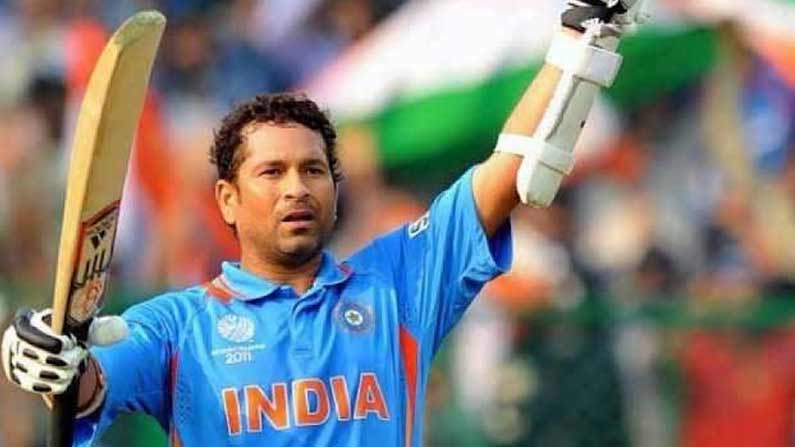 Sachin Tendulkar Record: Indian cricket god Sachin Tendulkar set a rare record on the same day 20 years ago. He achieved this feat on March 31, 2001 in a match against Australia at the Nehru Stadium in Indore.

Indian cricket god Sachin Tendulkar set a rare record on the same day 20 years ago. He became the first batsman to reach the 10,000-run milestone in ODI cricket. The master batsman achieved this feat on March 31, 2001 in a match against Australia at the Nehru Stadium in Indore. In the match, Sachin shared a 199-run partnership with Hyderabad batsman VVS Laxman. With the century, Sachin became the first player to reach the 10,000-run milestone in ODIs. The master batsman achieved this feat in his 259th ODI innings. Sachin Tendulkar scored 139 in the match as India scored 299 for 8 in the allotted 50 overs. Australia were all out for just 181 as India won by 118 runs.

Sachin Tendulkar has been hailed as one of the greatest batsmen in the history of cricket. Sachin holds the record for most runs in international cricket. Master Blaster scored 18,426 runs in ODIs and 15,921 runs in Test matches. Tendulkar scored 10 runs in the only T20 match he played.

#OnThisDay@sachin_rt goes past the 10,000-run mark in ODIs while playing against Australia! pic.twitter.com/GsVE2OV2g8

Sachin Tendulkar, who announced his retirement in 2013, has scored a total of 100 centuries in his international cricket career. He scored 51 centuries in ODIs and 49 in Tests. Tendulkar has represented India in 200 Test matches, 463 ODIs and a T20I.

Last week, Sachin himself announced on social media that he had a corona positive diagnosis. Many former and current cricketers wish Sachin a speedy recovery. Former Pakistan face-off giant Shoaib Akhtar on Tuesday tweeted that Sachin should recover quickly from the clutches of Corona. He shared a photo of himself playing cricket with Sachin.

One of my favorite rivalries on the ground. Get well soon buddy @sachin_rt pic.twitter.com/mAleuepcwM

India Corona Cases Update: Frightening corona second wave .. Increased number of deaths in the country .. How many cases are the latest ..