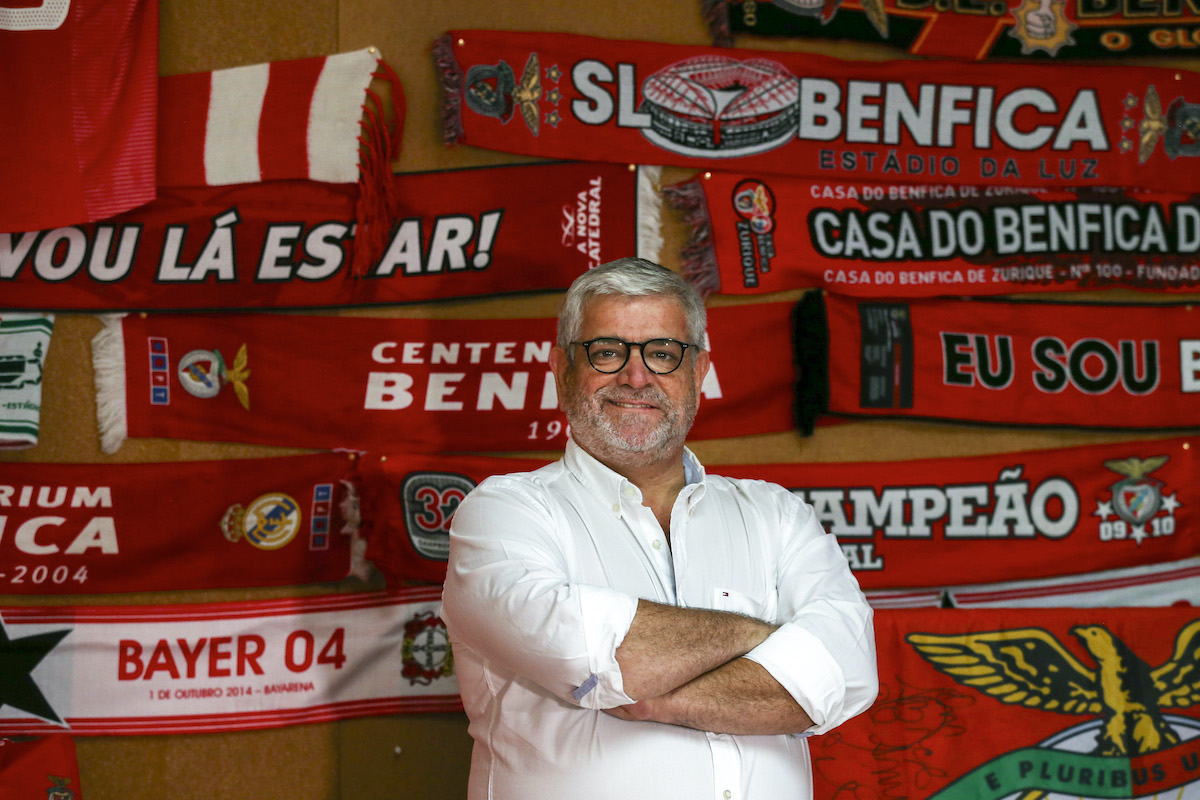 Francisco Benitez, candidate for the presidency of Benfica

Changing the statutes, reformulating the composition of the SAD and launching a financial forensic audit are the priorities of the List B candidate for the presidency of Benfica.

“Let’s get started on amendment of statutes, it is a process that has to be done quickly because Benfica is bound by those statutes that do not allow a more active participation of the partners”, said Francisco Benitez in an interview with Lusa news agency.

“The second thing we are going to do, in parallel, is to move forward with a process of forensic audit, because we have to understand exactly what happened”, he declared, adding: “Then put more people who understand football inside the United States“.

In case of election for the presidency of the eagles, the businessman also stressed that Benfica should become an assistant in the Cartão Vermelho process, which has former president Luís Filipe Vieira as the main defendant.

“No wonder that there are many lawsuits about Benfica. There has to be something there and the club must be the first to take the step, for example, become an assistant in the Red Card process. If Benfica is injured – and there are serious indications that it was injured –, Benfica has to act as an assistant in that process to know what really happened”, he explained.

The 57-year-old candidate underlined that he is the right person for the club’s future in Saturday’s elections – in which Rui Costa is also running as leader of the A list – for having “a great team” at his side, extolling the virtues of this group of partners and their proposals. Simultaneously, he defended that he only wants to get “credible, competent and, above all, Benfica” people for SAD.

“[Tenho uma] a team that has never been to Benfica and has no complicity in any way, nothing to hide, and are Benfica fans at heart: people who need Benfica to live, but who don’t need Benfica to eat. Therefore, this gives Benfica a capacity for independence, analysis and delivery, which I think is what Benfica needs at the moment”, he emphasizes.

Benitez continued with the attack on the A list, aiming at the lack of ideas and the continuity of nearly two decades of Vieira’s presidency.

“We cannot continue to have a team that is already saturated; of the 20 people on the competitor list, 14 have been there for several years. They already dominate the house backwards and forwards and the ideas that are really necessary for the future, they no longer have them, they have already given everything they had to give. They are completely squashed and, therefore, it is now time to continue in the same direction and what we need is new ideas”, he observed.

Regarding the reasons that led him to advance to the electoral race, Francisco Benitez invoked the “opportunity [dada] those who are not satisfied with the current system have a alternative to vote“; question the competing list to find out what they plan to do, how and when; and, finally, make all Benfica fans aware of the ideas” of this list, whose base is the ‘Servir o Benfica’ movement.

Benitez guarantees the permanence of Jesus

In case of victory, the leader of list B assured that Jorge Jesus will fulfill the contract until the end, but he links the coach’s future to the existence of a “commitment” to the project.

“With me, Jorge Jesus will terminate his contract, I’ll give him all the conditions he needs to finish his contract and get an excellent result. From then on, the project we have and this 10-year strategic plan will be presented to you, and from then on, there has to be a commitment on the part of Jorge Jesus to us or not”, he said.

According to the electoral program, the structure of incarnated football undergoes changes, as it is now based on football administrators, sports director, team manager, scouting director and responsible for training football.

Faced with the absence of the coach figure in the organizational chart and a consequent loss of influence in the transfer policy, Benitez counters the need for tune between all elements.

On the other hand, Benitez recognized some bridges between the profile drawn by himself and his team and Jesus, by stressing that “Benfica must return to a game system that is very versatile, offensive, with possession and great pressure” on the adversary.

“I think Jorge Jesus has this type of game. Now, it may have other characteristics that may not fit within the project, but this is an issue that we have to evaluate.”

As for the position of director currently occupied by Rui Pedro Braz, he repeated the speech he made with Jesus. “The strategic plan will be presented to the entire structure and everyone who fits into this plan and who commits to victory will take place; if it doesn’t fit and if it doesn’t make that commitment, it won’t have a place”.

Criticizing a culture of “one-person” driving, Benitez added that institutional relations with FC Porto and Sporting are conditioned to respect for the pillars defined for the club: transparency, democracy and ambition.

Regarding the construction of the squad, the leader of list B reiterates the decrease in the influence of businessmen and defends that he does not see “the need to have intermediaries selling players”, in addition to the pretension of wanting to keep the best football players in Benfica’s main team for a longer period of time.

“We think the intermediaries have no reason. We are not naive to think that players will not continue to have agents, but this is normal and is on the player’s part. Now Benfica doesn’t have to have emissaries to sell players door to door with a ‘suitcase and a catalogue’”, he stressed, refusing any exclusivity of businessmen in Luz for the future.

Finally, Benitez made a critical diagnosis of the situation of the embodied pavilion modalities, stressing that the first step is to create the position of general director, under which they will be team managers for each modality. Among the requirements for greater rigor in the allocation of resources, the candidate on list B proposes the acquisition of a single sponsor for the modalities and the transmission of the games by BTV in open signal.

Francisco Benítez is running for the elections for Benfica’s governing bodies for the 2021-2025 quadrennium, this Saturday, against current president Rui Costa, who expressed an unavailability of an agenda to schedule an interview with Lusa.