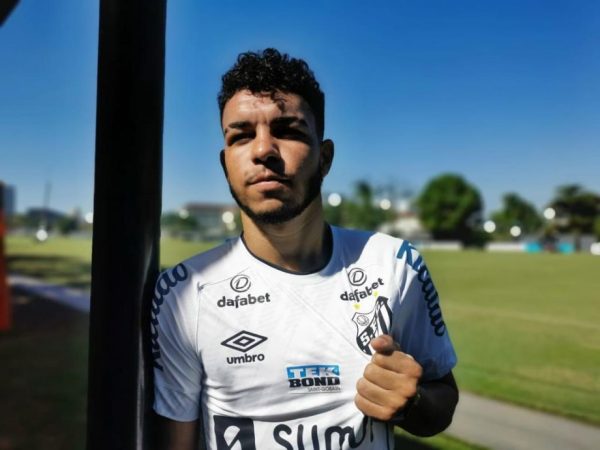 The left back, which belongs to Atlético-GO, was surrendered to Mirassol at the beginning of the season and was one of the highlights of the position in the Paulista Championship

Santos made official on the afternoon of this Thursday, the 27th, the loan contract with Atlético-GO de Moraes, left side that was given to Mirassol at the beginning of the season and was one of the highlights of the position in the Paulista Championship. The 23-year-old signed a contract with the Baixada club valid until April 30, 2022, at the disposal of coach Fernando Diniz to compete in the Brazilian Championship and the Copa Sudamericana this season – the athlete cannot be enrolled in the Copa do Copa. Brazil because it already defended the team of the interior in the tournament.

“It is a dream come true. I always had this dream of playing for Santos, which is a great club. I am a very offensive side, but I also know how to defend well, I play in other positions, both in attack and in the middle. The crowd can expect a lot of willpower, claw. I came to look for my space and help the team to win titles ”, said Moraes, in an interview with Santos’ official channel. “I followed that 2010 and 2011 season, which was the Club’s recent peak, too closely. It is a pride for me and my family too ”, said the player, who has a curious and different name, at least: ‘Onitlasi’. “It’s the name of my grandpa backwards (laughs), Isaltino. But at home everyone calls me a junior. ”

Moraes is the new reinforcement of Santos! The 23-year-old left-back was hired on loan from Atlético-GO until 04/30/22 to defend Peixe in the Brasileirão and in the Sul-Americana, since in the Copa do Brasil he already played for Mirassol in this edition. pic.twitter.com/sbNlHTDMoP