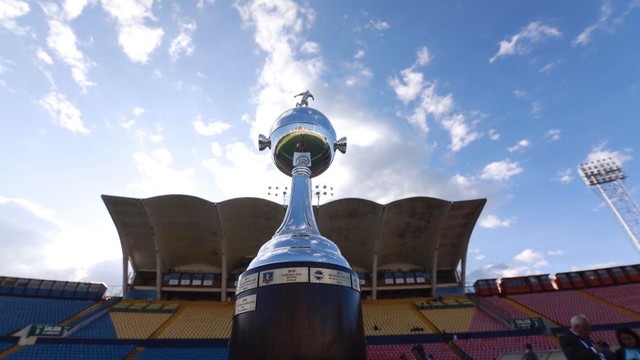 Hernán Crespo’s team is confirmed in pot 1 of the championship draw alongside two other Brazilians: Flamengo and Palmeiras

reproductionThe draw of the keys is scheduled for April 9

In the definition of the last classified in Uruguay, Rentistas advanced to the final of the Uruguayan Championship, guaranteeing himself and leaving the traditional Peñarol out of Liberators cup, which ensured the Sao Paulo the presence in pot 1 in the draw of the keys, scheduled for April 9th. Rentistas will play Libertadores for the first time in history after eliminating Liverpool on penalties. Peñarol hoped for the newcomer’s fall in the Uruguayan semifinal to be sure. Without Peñarol, São Paulo is confirmed as seeded alongside two other Brazilians: Flamengo and Palmeiras. The other five teams in pot 1 are the traditional rivals: the Argentines Boca Juniors and River Plate, the Paraguayans Cerro Porteño and Olímpia and the Uruguayan Nacional. The definition of the key heads is according to the ranking of the Conmebol.

Pot 2 has two other Brazilians. Atlético-MG and Internacional are side by side with the Argentine Defensa y Justicia and Racing, the Chilean Universidad Católica, the Colombian Independiente Santa Fé and the Ecuadorian LDU and Barcelona de Guayaquil. Fluminense is part of pot 3. In it, we still have Argentinos Juniors and Vélez Sarsfield, both from Argentina, The Strongest, from Bolivia, América de Cali, from Colombia, Peruvians Sporting Cristal and Universitario, in addition to Deportivo Táchira, from Venezuela. Finally, pot 4 already has Always Ready, from Bolivia, Unión La Calera, from Chile, Rentistas, from Uruguay and Deportivo La Guaíra, from Venezuela. The other four teams come from the previous phase, in the clashes: Santos x San Lorenzo, Grêmio x Independiente del Valle, Atlético Nacional x Libertad and Junior Barranquilla x Bolívar. The winners are guaranteed. According to the rules of the draw, teams from the same country cannot fall in the same bracket, except for teams that leave precisely the previous phase. Therefore, only Santos and Grêmio could fall together with another Brazilian.