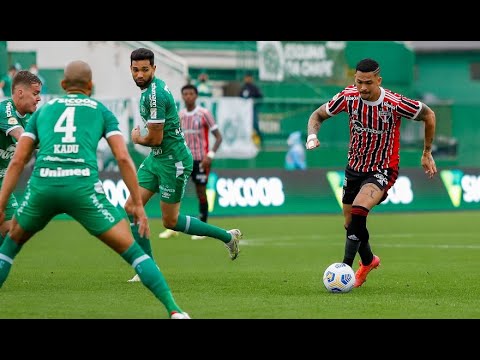 Game was dreary, with few chances to score; Flamengo defeats Athletico-PR by 3-0

In a game with few chances to score, the São Paulo surpassed the Chapecoense 1-0 at Arena Condá, in Chapecó, for the 23rd round of the brazilian. The goal of the tricolor São Paulo was scored by Rigoni, who sent a bomb from outside the area in the first half to open the scoring. The Argentine striker had two more good chances face to face with the goalkeeper and tried to cover him up, but ended up kicking the ball out in both. Calleri also had a chance, blocked by archer Keiller. Chapecoense reacted and reached a draw with Mike, who completed a low cross from defensive midfielder Dener. São Paulo arrived with Calleri, looking for the second goal: in one, the goal was correctly disallowed for offside; in the other, the attacker’s kick was deflected by Keiller. With the result, São Paulo reaches 28 points and is in 13th place in the table. Chapecoense is the last placed with 11 points. In Rio de Janeiro, the Flamengo resolved in the first half against the Athletico-PR. In just 45 minutes, the Rio team scored with Everton Ribeiro, Bruno Henrique and Andreas Pereira, won 3-0 and gave the message that they remain in the fight for the Brazilian title – they are 11 points behind the leader Atlético-MG, but still have two games less.