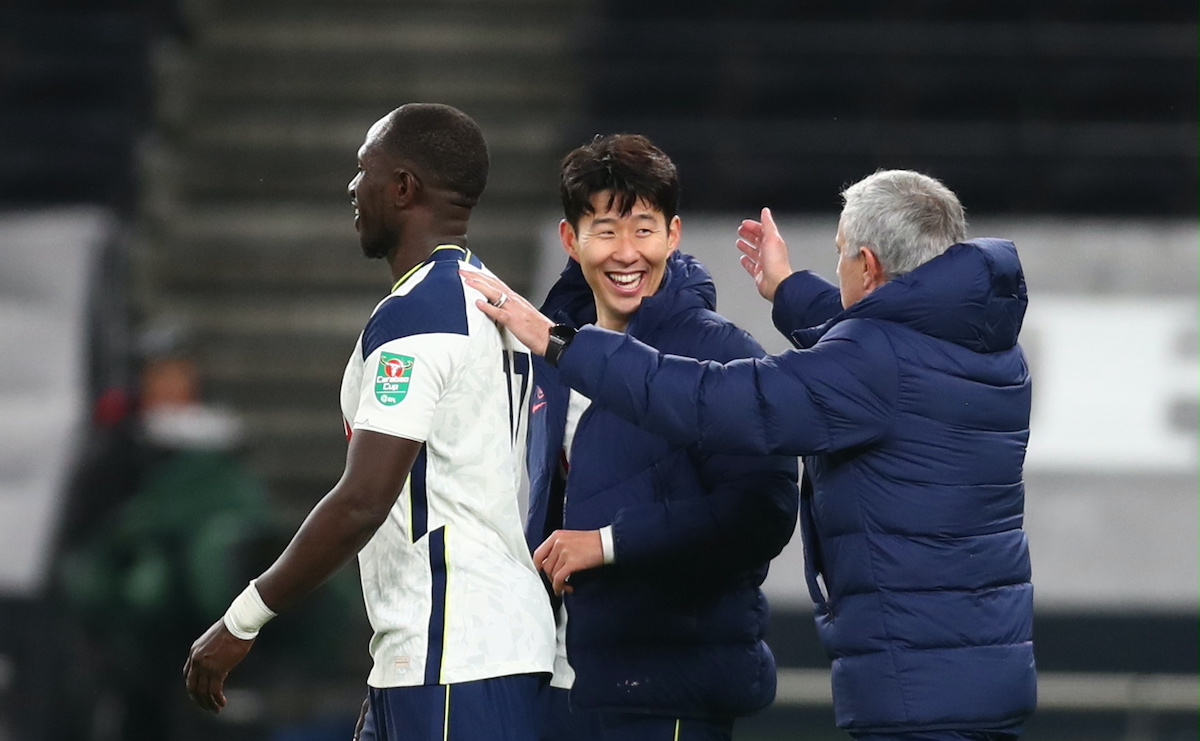 Moussa Sissoko and Heung-Min Son secured Tottenham’s qualification for the English League Cup final on Tuesday, scoring the goals that allowed the team coached by José Mourinho to beat Brentford 2-0.

In London, the French midfielder opened the scoring in the 12th minute, giving the best sequence to a cross by Sergio Reguilón, and the South Korean striker ‘sealed’ the victory of the spurs, in the 70s, after Tanguy Ndombélé’s unmarked.

A few minutes before Son’s goal, Brentford, who lines up in the Championship, the second step, saw a goal canceled, out of the millimeter game taken by VAR.

Tottenham qualified for the ninth time for the final of the competition, in which they have not been present since 2015, when they lost against Chelsea, who, at the time, was coached precisely by Portuguese coach José Mourinho.

At the end of the match, José Mourinho acknowledged that it was an important game, since it was worth qualifying for a final, but underlined that it is now necessary to “forget” this match, the final of which will only be played within three months.

“It is a victory that leads us to a final. I hope not, but it will probably be in an empty Wembley. But I am still very happy. We played great games this year against the biggest clubs in this country, but this game was very important for us ”, started by saying the Portuguese coach, speaking to Sky Sports.

“Now we have this final in our pocket for three months from now, but we have to forget about it and focus on everything that is to come. We have the Cup, the Premier League and the Europa League. But when this final comes, we have to be ready to go there and fight ”, he said.

This will be to 16th end of the Portuguese coach’s career (excluding national and international supercups), the fifth in the English League Cup, a competition he won on four occasions, under Chelsea (04/05, 06/07 and 14/15) and Manchester United (16/17).

In the decision, scheduled for April 25, Tottenham will face one of the emblems of Manchester (City or United), which on Wednesday dispute the other semi-final.