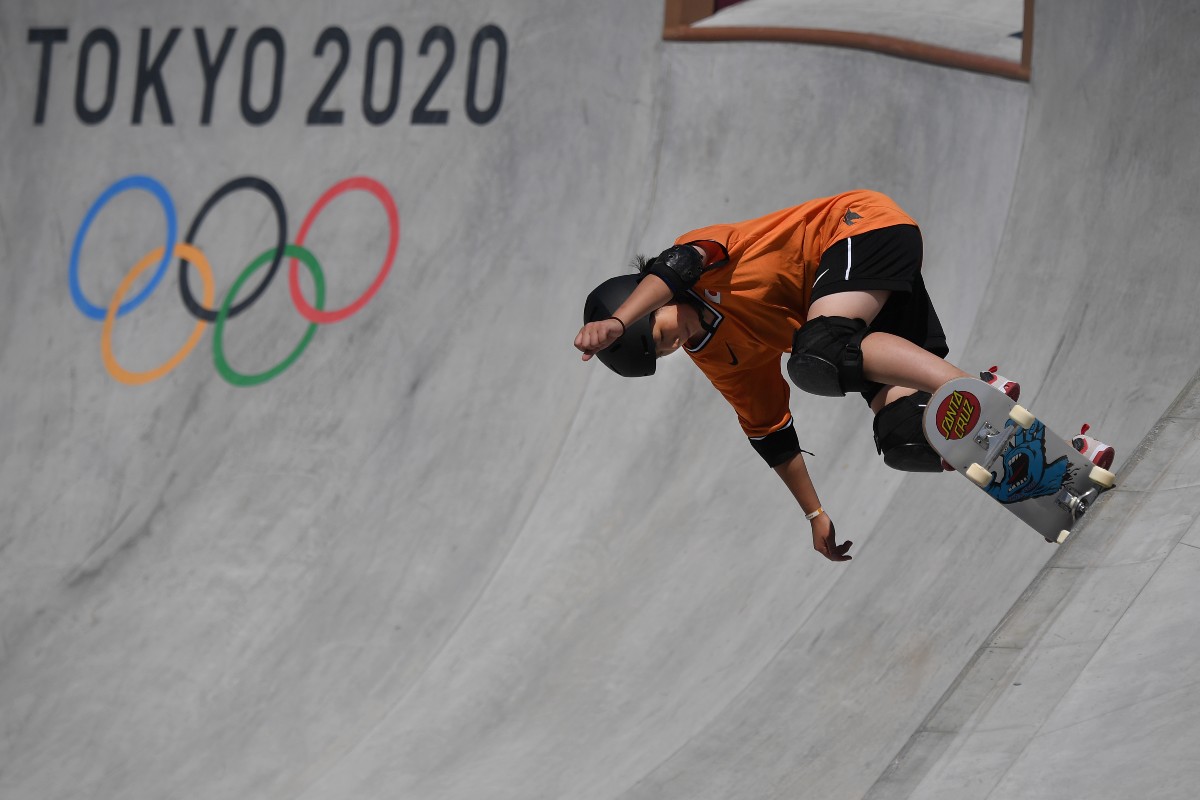 Misugu Okamoto in the final skating at the Olympic Games

The end of the park competition had another moment that justifies entering the best of these Olympic Games.

The vast majority of followers of Olympic Games you can see skate for the first time. At the Olympic Games it is certainly the first time, as the skate it is one of four debuting disciplines. And, even at other events, many fans have probably never seen this sport. For now, you should be satisfied with what you’ve seen in this Olympic debut.

This Wednesday the women’s park final was played. The gold medal and the silver medal stayed at home: the Japanese Sakura Yosokumi won and your compatriot Kokona Hiraki was in second place. And there was almost a totally Japanese podium but the British Sky Brown “flew” to the podium in the last round, taking the bronze medal from the Japanese Misugu Okamoto, who thus descended to the fourth post.

Sakura Yosokumi tem 19 anos, Kokona Hiraki tem…12 years, but Sky Brown is older than Hiraki: has…13 years. Youth reigned supreme in this final, where the oldest of the eight participants is 23 years old. Fourth-placed Okamoto, for example, is 15 years old.

And it was precisely Okamoto that took center stage in the final moments of the race. The young Japanese girl entered the last round with the aim of regaining third place (Sky Brown had climbed onto the podium seconds earlier, as already explained). But dropped down even at the end and lay on the ground crying, desolate – because I knew that if I had completed all the maneuvers, and the way I was doing, I would be on my way to the podium again.

The reaction from the other finalists was immediate. When he climbed one of the race ramps, on foot, one of his compatriots was already waiting for him. And, five seconds later, she was already being comforted and embraced by six of the other seven finalists. A joint hug, which only Sky Brwon lacked – because she was on her back, celebrating her bronze medal, and did not notice this collective gesture.

The beautiful moment did not end there. Soon after, the Australian Poppy Olsen (ranked fifth) and the American Bryce Wettstein (sixth) took Misugu Okamoto, raised her, put it on their shoulders and carried it as if it were the winner.

It was not the first time

Youth and sportsmanship also marked the other female final in skateboarding, in the street competition.

At the event held last week, the gold medal went to a 13-year-old girl, the silver for someone also 13 years old and the bronze medal was won by a 16 year old girl.

Sportsmanship was visible throughout practically the entire final, especially in the Olympic runner-up Rayssa Leal, who was always in a good mood and appealing to dance, and in her choreography partner Margielyn Didal, who started to dance, fun, even if the test didn’t go well – Didal was in penultimate place…