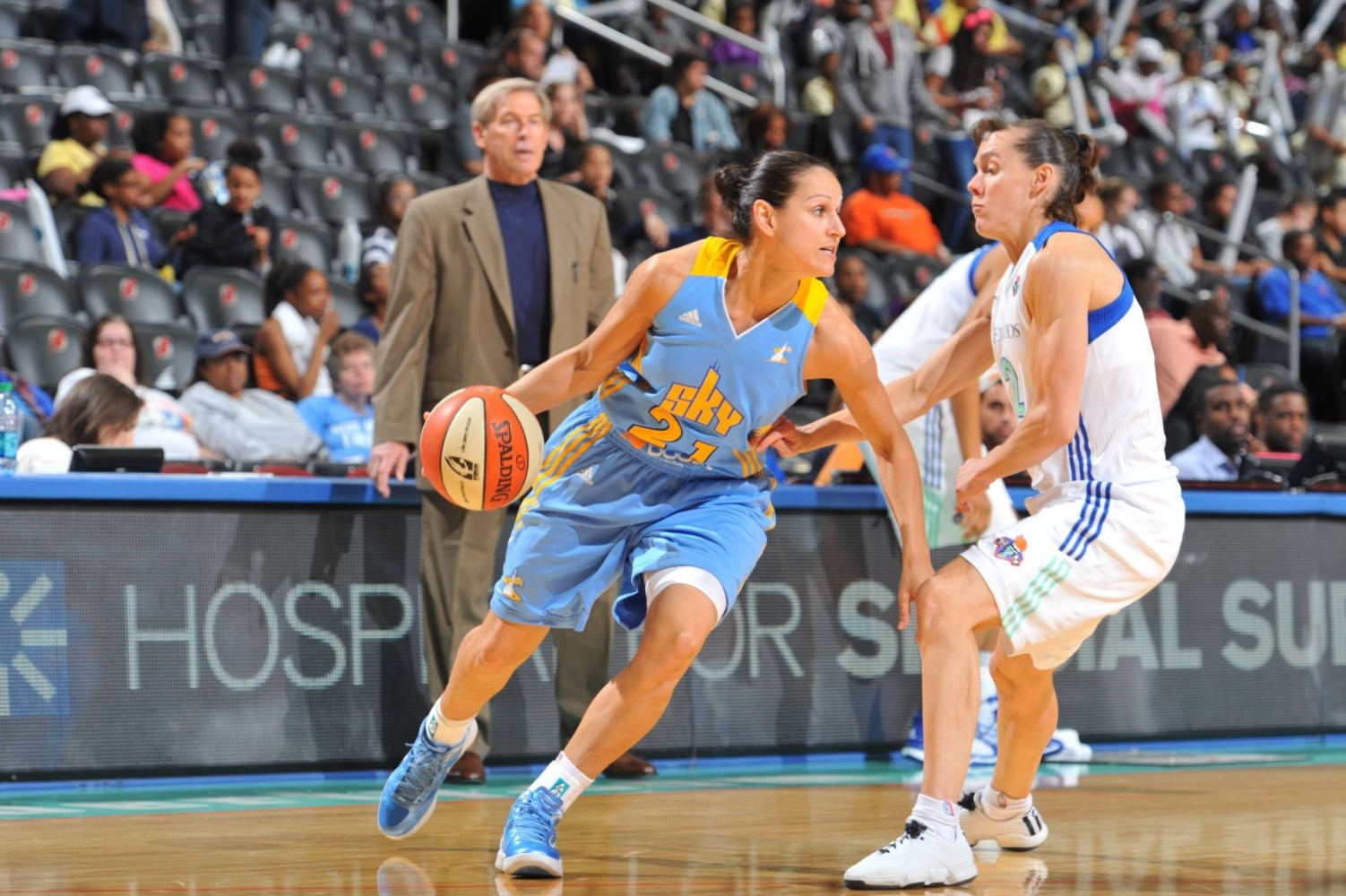 The Portuguese Ticha Penicheiro, who ended her career in 2012, was named one of the 25 best basketball players ever in the American Women’s League (WNBA), celebrating a quarter of a century.

“Of course I had hopes and I knew there was that possibility, but it wasn’t up to me and you never know until you get the call. It’s an immense pride look at that picture of all the players and see me in the middle of them. be there as the only european and the one who doesn’t speak English as a first language is an incredible distinction. Perhaps, the best of all the distinctions I’ve ever had,” the 46-year-old former base told the Lusa agency.

From an initial group of 72 athletes, the WNBA formed a prestigious lot, called “The W25” and revealed on Sunday, in the middle of the match between Chicago Sky and Las Vegas Aces (92-84), in the regular phase of the event, in Chicago, Illinois.

A panel of social media and pioneers of women’s basketball has dedicated since March to the selection of the 25 figures, who should have played at least two seasons in the WNBA and meet criteria such as performance and ability on the court, leadership, sportsmanship, contribution for collective success and community actions.

After having honored 15 retired athletes and 10 active ones, among which the reputable Sue Bird (Seattle Storm), 40, and Diana Taurasi (Phoenix Mercury), 39, the WNBA appeals to fans who choose the best ever through a vote on the organization’s digital platforms, extendable to September 19th.

“Looking back and seeing my path, I left Portugal and home at 16 years old and made so many personal sacrifices to pursue my dreams. It’s distinctions like these that let me know I made all the right decisions. in relation to my work and the career I wanted to have”, admitted Patrícia Nunes Penicheiro, known as Ticha.

With numerous individual and collective distinctions collected during 15 seasons in the WNBA, the former Portuguese international had already been considered one of the 15 best athletes in the history of the competition, in 2011, and integrated into the hall of fame of the sport, the most relevant distinction in the career of a basketball player in the United States, in 2019.

“I grew up without any female idols. My idols were all men who played in the NBA, apart from my brother and father, as it was because of them that I started playing. Seeing now, not only in basketball, the evolution of women in sport, all girls, especially Portuguese, can look at me and know it’s possible”, he secured.

Currently dedicated to the management of players, the former base, with 100 challenges for the various Portuguese teams, played four ‘All Star’ games, entered the ideal ‘five’ on three occasions and was leader of assists in seven seasons, a statistic in which she is the second best ever, with 2,599, four years after being surpassed by Sue Bird.

The same ballast also contributes to stealing the ball, with 764, in a competition in which it was included twice in the team of the year and, since 2016, in the ‘top-20’ of basketball players of the inaugural 20 years of the WNBA, in addition to the solo adventures European (Poland, Italy, France, Russia, Latvia, Czech Republic and Turkey) as soon as the season in the USA ended.

“No one touched me with a magic wand when I was born. This is the result of hard work, dedication and sacrifice to reach the top. I think this role of being an example for many people is important, especially for the Portuguese youth”, praised Ticha, nicknamed ‘Lady Magic’ by the idol Magic Johnson.

Born in Figueira da Foz, she launched herself in the limelight through Ginásio Clube Figueirense and União Desportiva de Santarém and embarked on the American ‘dream’ in 1994, studying communication while lining up at Old Dominion University, to enter the university after four years. elite of the sport as second choice of the first round of the ‘draft’.

“I went a bit in the dark. There was no one who had done what I did before me, and sometimes we are pioneers in certain things. To have, not only me, but also the Mery Andrade and now the Nehemiah Ketha to be chosen in the ‘draft’ are spectacular examples for the youth to continue to give everything and believe in dreams”, he reiterated.

The post Neemias Queta became in July the first Portuguese to be chosen in the ‘draft’ of the NBA, after three seasons with the Utah State Aggies, and will start his professional career with the Sacramento Kings, installed in the capital of California, where Ticha shone. Pledger.

“We exchanged some messages. Many want to be in his position and wanted to be in mine, but it’s not for everyone, especially in the WNBA, where only 144 athletes play. Of course there are more teams and chances in the NBA, but sometimes the easiest thing is to be chosen and the hardest thing is to have a long career and to evolve every day, month and year”, concluded.