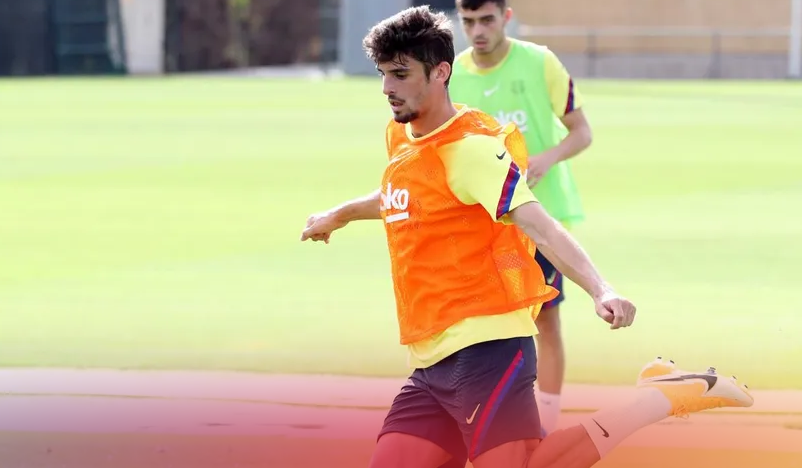 Forward Francisco Trincão was called up to the Portuguese national team this Tuesday, replacing midfielder Pedro Gonçalves, who was considered “unavailable” for the matches against Republic of Ireland, Qatar and Azerbaijan.

As indicated by the Portuguese Football Federation (FPF) on its official website, the Sporting midfielder, who was part of the initial list of 25 players called up by Fernando Santos, “complained during the warm-up in training and did not participate in the session”, having been “subject to a medical examination!, the “result of which forces us to stop in the next few days”.

The 21-year-old Wolverhamptom striker, who this season will play for the English club on loan from FC Barcelona, ​​has six caps for the first team of the corners and was chosen for surrender Pedro Gonçalves.

This is the third casualty for Fernando Santos, who had already called Nélson Semedo, from Wolverhamptom, to replace Ricardo Pereira, who was injured while working for Leicester.

On Monday, the Sporting Gonçalo Inácio defender, who made his debut in the Portuguese AA squad, did not participate in the works with a view to the meetings with the Republic of Ireland and Azerbaijan, from Group A qualifying for the World Cup 2022, so far, no substitute has been called.

Portugal and Republic of Ireland face off this wednesday, from 19:45, at the Estádio Algarve, a match that will be directed by the Slovenian Matej Jug, while the Italian Paolo Valeri will be in the video referee (VAR).

On September 7, the Portuguese will play against Azerbaijan, in Baku and, in the middle, will face Qatar, in a particular scheduled for Saturday, in Debrecen, Hungary.

The group stage of the European qualifiers for the 2022 World Cup ends in November and the winner of each of the 10 groups will progress directly to the finals. The runners-up will compete for the play-offs qualifiers, which will be joined by two League of Nations group winners who fail to qualify directly for the finals or for the play-offs.