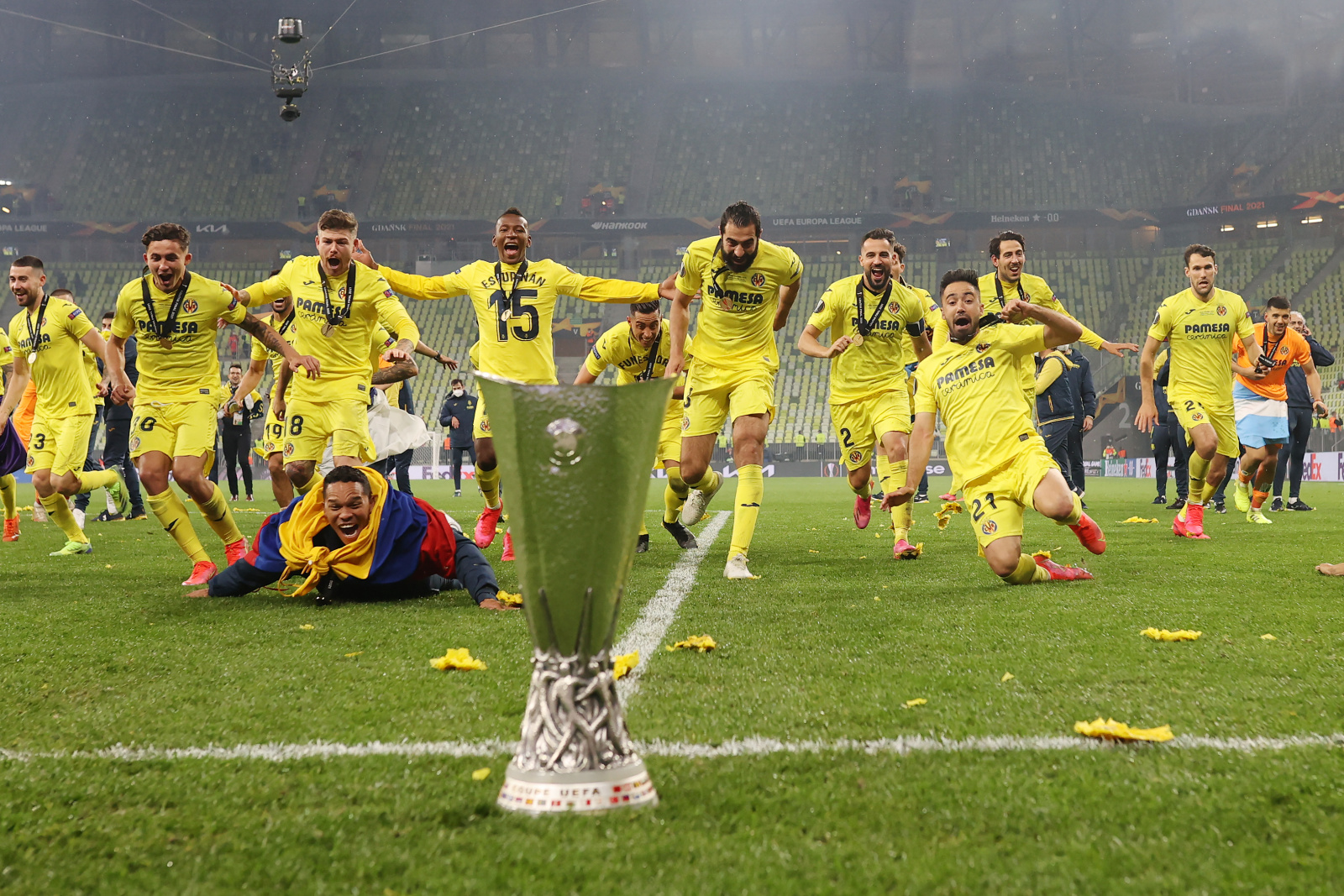 Villarreal won the Europa League football in Gdansk, Poland, after defeating Manchester United 11-10 on penalties after 1-1 in 120 minutes of running.

Playing in their first final of a European competition, the Spaniards advanced on the scoreboard in the 29th minute, with a goal from the striker Gerard Moreno.

But the English, with Portuguese Bruno Fernandes to line up the whole match, reached the tie in the 55th minute with a goal from the Uruguayan international Cavani.

With the tie remaining in extra time, the final was decided in the tie by penalties.

But only after 21 penalties scored is that everything was decided. It fell to the Manchester United goalkeeper, David De Gea, misses the 22nd penalty after 21 consecutive converts.

With the conquest of its first european title, Villarreal guarantees its presence in the group stage of the Champions League and also a place in the final of the European Super Cup.

Villarreal was looking for the first title after having managed to overcome the long ordeal in European semifinals. In the 2003/2004, 2010/2011 and 2015/2016 seasons, the team reached the semi-finals of the competition, but were eliminated by Valencia, FC Porto and Liverpool, respectively.

In 2006, in the Champions League, he missed the final, in a game with Arsenal, after Jens Lehmann saved a penalty by Juan Román Riquelme at 90 minutes.

The story has now reversed, in an epic way, in front of another English club, another “giant” in a match in which Villarreal won like heroic David.

In Spain, the newspaper El País reports on Villarreal’s triumph with the title “a pueblo conquers Europe”. “Pueblo” in Spanish can be used either as a people or as a village or even a village. It is a reference to the fact that Villarreal is a city of about 50 thousand inhabitants.

In comparison, Manchester has more than 400 thousand inhabitants.

But the budgets of the two clubs are also very different, with United being one of the giants of European football.

Despite this, red devils haven’t won a title since the 2016/2017 season, precisely the season in which José Mourinho guided the team to the conquest of the Europa League.

For Villarreal coach Unai Emery, the victory guarantees him the fourth Europa League of the curriculum, after having I win the trophy three times with Sevilla. He is already spoken of as “The Lord Europa League”.

However, Emery devalues ​​this data. “I analyzed 17 Manchester United games last week. And work. Nothing more ”, he stressed after the challenge.

“The players showed a good mentality throughout the competition, but also in the final. We knew how to compete and suffer“, He said, stressing that his athletes“ were fabulous ”.

Emery also ensures that your team did not train the penalties before the game. “Since I was at Almeria and there was a player who said that you shouldn’t train, I don’t do it,” he said. “It is something of the moment and nothing more. And, in the end, it went well ”, he also pointed out.

The captain of Villarreal, Raul Albiol, assured journalists, after the final whistle of the game, that “I haven’t scored a penalty since I was a kid”.

On United’s side, the coach Ole Gunnar Solskjaer, assumed that his “bathhouse is disappointed”. But “this is football, sometimes everything is decided in a kick and that is the difference between winning and losing”, he said at the end of the game.

“We have to learn from this game and with what we are feeling so that it doesn’t happen again ”, he also said, stressing that his team was not“ as well ”as it could.

On social media, Villarreal’s party took over football fans everywhere, even outside Spain. And even Liam Gallagher, member of the band Oasis, who is a fan of Manchester City, joined the celebrations.

We all live in a YELLOW SUBMARINE