Why did the third Test end in two days? Did TeamIndia Management deliberately create the spin track? – India vs England 3rd test: whether the pitch was fit to host a game in the longest format

The Narendra Modi Stadium in Ahmedabad is awe-inspiring, awe-inspiring. Yeah Al that sounds pretty crap to me, Looks like BT aint for me either. TeamIndia won comfortably by ten wickets but the triumph was watered down as the pitches came to a screeching halt. The English media began to criticize that the spin track was made on purpose! Such incidents may or may not have happened before. But the pitch has never been criticized. Some criticized it as the worst and had never seen such a crumbling pitch before. The match ended without going to the third day so naturally such criticisms come.

Test matches have a long history. There have been 2,412 Test matches so far, including the previous one. Of these, only 22 matches ended in two days. Matches that ended in two days, less than that, are only one percent! A closer look reveals that in the new millennium, after 2000, there were seven matches that ended two days or less later. Nine such incidents occurred in 49 Test matches from 1877 to 1896. Over the next 50 years, from 1896 to 1946, 226 Test matches were played, six of which ended in two days. However, there were not many criticisms at that time .. The match ended in two days and it was said that the bowlers were great .. No one said that the pitch was not good .. No one thought it was unnatural. At that time Test cricket was played only by England, Australia and South Africa. Later Test countries increased. Another thing is that then there was no time limit for Test matches .. Both teams have to play until the result comes! Seven days .. eight days .. In some cases even ten days. That’s why no one cares much if the match ends in two days. Now they are blaming the pitch. They are debating whether to make a spin track. After the third decade, India, West Indies and New Zealand gained Test status. The Test match was then adjourned for five days. The two-day match in the second half of the 20th century came as no surprise. This is because the game is slowly turning into batsmen ‘favor. Along with that the pitch began to look solid. In the evenings they cover the pitch, protect it from the rain, and roll over each session so that the pitch is not damaged. 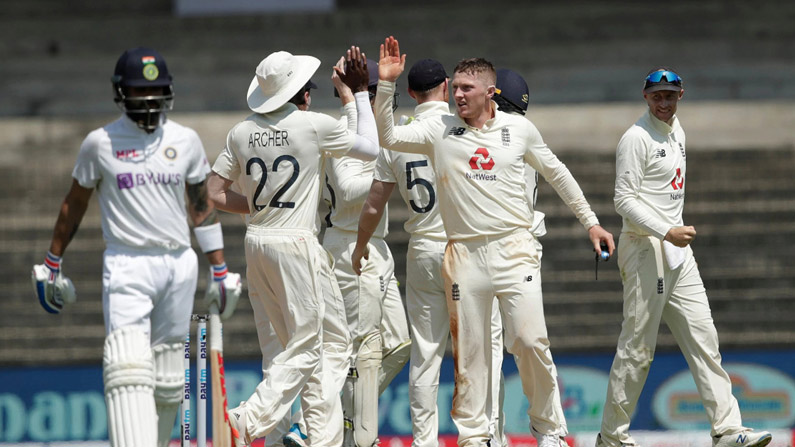 By the seventh decade, cricket fans were disinterested in Test matches. After five days, the result was not good. The pitches started to form in favor of the little bowlers. Curators can adapt to spin bowling, especially on pitches in the Indian subcontinent. However, the matches ended in trivial draws. Such subcontinental pitches have been criticized for favoring spinners. In fact pitch behavior should be consistent. It should not be changed to suit us. At the same time the popularity of ODIs started to grow. Cricket fans shifted towards the game as the match became clear one day. At times, the spectators also became thirsty for Test matches. The real cricket is the Test match. In that, the ability of the cricketers is known. The technique of the players is revealed only in the Test matches! The ICC has been alerted to the declining popularity of such Tests. It is considering what can be done to bring past glory to Test matches. The result will not come unless 40 wickets are taken in five days. The one-time winning team may lose fewer wickets. The winning team will have to outplay their opponents twice. At the same time, the batsmen had to forget their technique. Rooting on a pitch suitable for bowlers is a litmus test for batsmen! That is why the technique has been improved. Learned the Importance of Footwork. If you look at the Test matches that have been going on for the last ten years, the dominance of the bowlers is evident. 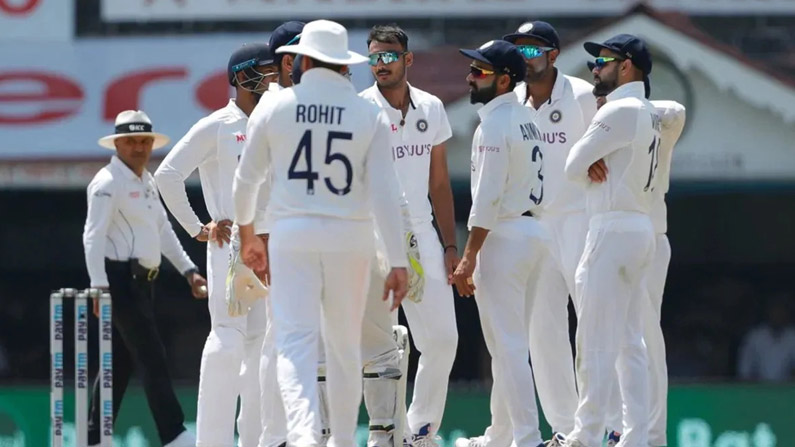 Did we mention that seven of the matches in this millennium ended in less than two days? Zimbabwe have been represented in three of the eight matches. One match played by Afghanistan ended in two days. Do you know about Zimbabwe cricket? Sadly the board does not care about the players .. In the meanwhile international cricket has moved away! Previously the Zimbabwe team was nothing strong .. very weak. Even the rulers of that country are not interested in preserving cricket. In the case of Afghanistan, the country has recently gained Test status. Vandelante can somehow come to the fore but. The country did not have much experience in the five-day game .. No experience. The 2002 Australia-Pakistan match in Sharjah, United Arab Emirates ended in two days. The match started on October 11 and ended on October 12. Pakistan, batting first, collapsed by 59 runs. Abdur Razak scored 21 runs. Everything else is limited to single digits. Batting next, Australia were bowled out for 310 by Matthew Hayden. Later in the second innings, Pakistan played even worse and were bowled out for 53. Shane Warne, who took four wickets in the first innings, also took four wickets in the second innings. The 2000 match between England and the West Indies in Leeds also ended in two days. Batting first, West Indies scored 172 runs. England then went on to score 272 in their first innings. The West Indies, who started the second innings with a 100-run deficit, collapsed to 61. England won by an innings and 39 runs. Headingley pitch in Leeds complemented the pace bowlers perfectly. Winters and cloudy skies also joined the pace bowlers. The ball swung more than expected. This match is definitely a scoring match! However, it was a surprise that the West Indies were all out for a dramatic 26.2 overs in the second innings! There are only three half-centuries in this match. Michael Waugh and Graeme Hick made half-centuries for England while West Indies player Ram Naresh Sharwan scored a half-century. The West Indies, who could not score three runs in both the innings, were not slandered on the pitch. No criticism was made on the pitch. He said that the batsmen could not score a respectable score due to poor performance. 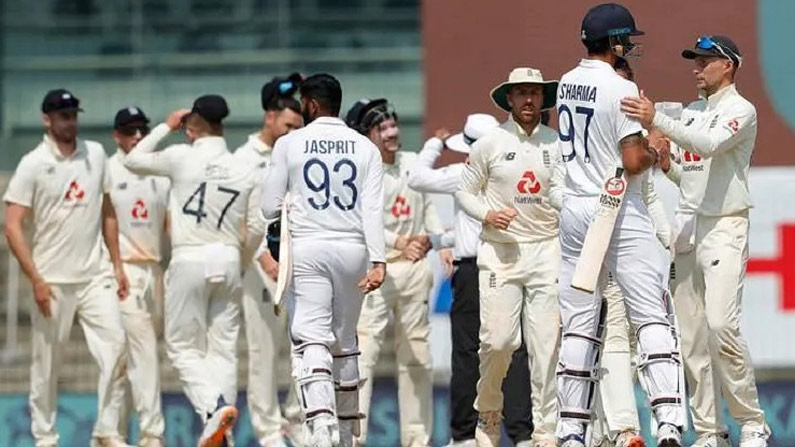 However, two days after the match in Ahmedabad, the English media reported Nana. Neither team was able to score at least 150 runs. The two teams together have two half-centuries. Even on such a complex pitch, Rohit Sharma and Jack Crawley were able to score half-centuries. From the start of the game the ball started to spin exceptionally well. Proof of this is Akshar Patel bowling Johnny Byrne out. Joe Root, who occasionally bowls and mesmerizes, enchants the Indian batsmen with his off-spin bowling, which is understandable given how much the pitch has contributed to spin. Root took five wickets for just eight runs! Out of the 30 wickets taken in this match, 28 wickets were taken by spin bowlers. Many now argue that getting into the England ring with four fast bowlers and one spinner is a big mistake. He also says that the England players could not predict the pitch correctly. However, it is an undeniable fact that the pitch was deliberately made to suit the Indian spinners! Does Team India really need to change the pitch in their favor after beating Australia on their own soil a few days ago? Why is that done? This is where the bold doubts come in.
Did the defeat in the first Test in Chennai change the mind of the Indian team management? Did the curator get instructions to make a complete spinning track? Adhunata Stadium, a stadium named after Narendra Modi. Did the Ahmedabad ground officials turn the pitch into a spin track because it would not be good if India lost the first match? Do curators believe in Team India’s talent? Australia relied on talent to beat Team India on their tour of the country. Sporting‌ formed the wickets. Didn’t change the pitches in their favor? The answers to these questions are unnecessary but for whom cricket is the ultimate loser if they keep changing the pitches in their favor! Indian cricket fans have a strong desire to win their own country every time. They cannot digest the success of their opponents in one go. However, the talent of the opponents should also be recognized. Currently, Team India is stronger than all other cricket nations. Team India has the power to beat anyone. He has the guts to play in any situation, on any pitch. Indian cricket management needs to know this. Admit the fact that the pitch designed at the Ahmedabad Stadium was poor. For the final Test, however, a quality pitch must be created in keeping with the spirit of the game. Only then can we watch the best cricket! Do the Board of Control for Cricket in India adults know?

Did the people forget to ask .. did the rulers stop caring ..

Informed Algerian sources said that an expected crisis between Algeria and Turkey will break out soon, due to meetings...
Entertainment

Taarabt found his way back, but Benfica wants to sell him – ZAP