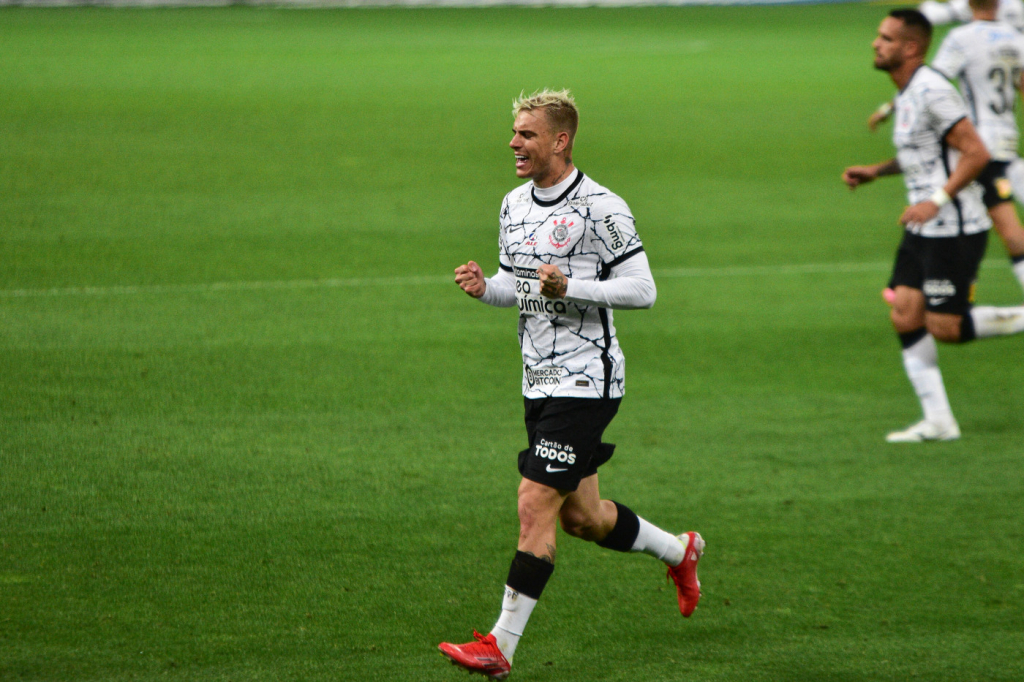 Striker scored twice against his former club and guaranteed the victory for the East Zone team; Gabriel Menino paid for Verdão

In a match valid for the 22nd round of the Brazilian championship of 2021, o Corinthians faced the palm trees on Neo Chemistry Arena in game held at 7pm this Saturday. Seeking to establish themselves at the top of the table, Corinthians ended up winning, beating rival alviverde 2-1, with two goals from the striker Roger Guedes, who scored against his former club for the first time. Palmeiras’ goal was scored by the defensive midfielder Gabriel Boy. Throughout the game, Corinthians showed superiority and opened the scoring with Guedes in the first half. However, Palmeiras found the goal at the end of the first half, when Gabriel Menino, who took advantage of the rebound from a corner kick and scored. In the second half, Corinthians came back better and set the score with Guedes, who dropped a bombshell at the angle of Weverton. With the result, Palmeiras continues in the vice-leadership with 38 points, while Corinthians reached 33 points, with both teams inside the G6 of Brasileirão.

# AmémAmémAmém! Game over at @NeoQuimicaArena!!! Timão beats Palmeiras at home and adds three more points in the @Brasileirao! WE GO!!!!!!!