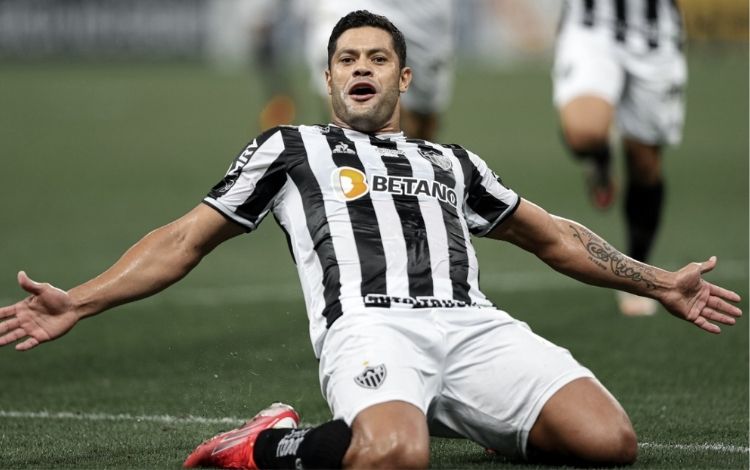 São Paulo team played at home and lost 2-1 to the Minas Gerais team, which equaled the leader Palmeiras

Reproduction/Twitter/Atletico/7/17.2021Hulk scored two goals for Atlético Mineiro in a game against Corinthians

O Corinthians continues to face difficulties in the matches he has played at home. The team lost facing the Atletico Mineiro 2-1, with two goals from the attacker Hulk, at Neo Química Arena, this Saturday, the 17th. With the defeat, the team remains parked in the middle of the table and postpones the coach’s reaction plans Sylvinho. The miners are approaching the tip. Atlético reached 25 points and equaled the score of leader Palmeiras, but is disadvantaged in the tie-breaking criteria and occupies second place in the table – the São Paulo rival will still play on Sunday, 18. Corinthians has 14 points and occupies the 12th position. When the match was tied 1-1, Jô lost two clear chances at the end of the game, one of them hitting the post. Playing at home, Corinthians lost to Atlético-GO and Red Bull Bragantino and drew with São Paulo and Internacional. The only victory was won against Sport.

Corinthians failed to stand up to a team that was more concerned about physical wear and tear. Coach Cuca set up an alternative team, without Nacho Fernández and Savarino, thinking about the duel with Boca Juniors, for the Liberators cup. The intention was to save some pieces for the game back in the round of 16. After tying away from home, the miners decide their future next Tuesday, 20, when they receive Boca Juniors. The fact that the first submission of the match came only in the 23rd minute – a weak shot from Nathan to an easy defense by Cassio – illustrates how the match had a tight start. Corinthians selected three defensive midfielders (Cantillo, Gabriel and Roni) to contain the creativity of Minas Gerais. It worked. On the other hand, Corinthians reduced its offensive power.

The defensive system worked so well that Corinthians got the advantage on the scoreboard thanks to a steal from Cantillo. The Colombian interrupted a ball play and made a beautiful shot for Mosquito, who moved forward and touched the goalkeeper’s exit. After becoming the great offensive option of the team, with assists and penalties suffered, forward Mosquito managed to score his first goal in the Brazilian Championship. The solution that Cuca found to further annoy the opponent was to give space to his attacks, giving space to full-backs Dodô and Mariano. Even away from home, Cuca’s team spent more time with the ball, but it was ineffective. In the first 15 minutes of the second half, the Minas Gerais team was more effective than in the entire first half. Cássio managed to save two clear chances, at 8, with a header from Zaracho and cross kick from Sasha. Unable to leave the defense field, Corinthians became easy prey for a dynamic and inspired team. In a perfect free kick, Hulk got the tie and ended 10 games without scoring. At the end of the match, he set the turn with a cross kick.

*With information from the Estadão Agency.