With tribute on Globo, Xuxa goes back to the past and falls into tears

Xuxa Meneghel made another participation in a Globo program. This Saturday (27), the presenter won a tribute at...
Read more

In a discussion with Lumena at BBB21, Juliette warns: ‘I’m good and bad’

Juliette Freire and Lumena Aleluia discussed when recalling their disagreements at Big Brother Brasil 21. This Saturday (27), the...
Read more

Tribe asks Jeep to stop using its name on its cars

A Amazon announced the project for its second headquarters in U.S, which has four buildings located on a campus in the city of Arlington, Virginia.

One of the buildings stood out among the published renderings due to its unconventional style — a spiral glass tower covered with trees.

The building was nicknamed “Helix”, due to its shape that resembles the movement of a double helix, and must be 100 meters high. The idea for its design is similar to that of the “Spheres”, the three glass globes that are at the other Amazon headquarters in Seattle, Washington, and also have many plants around them. 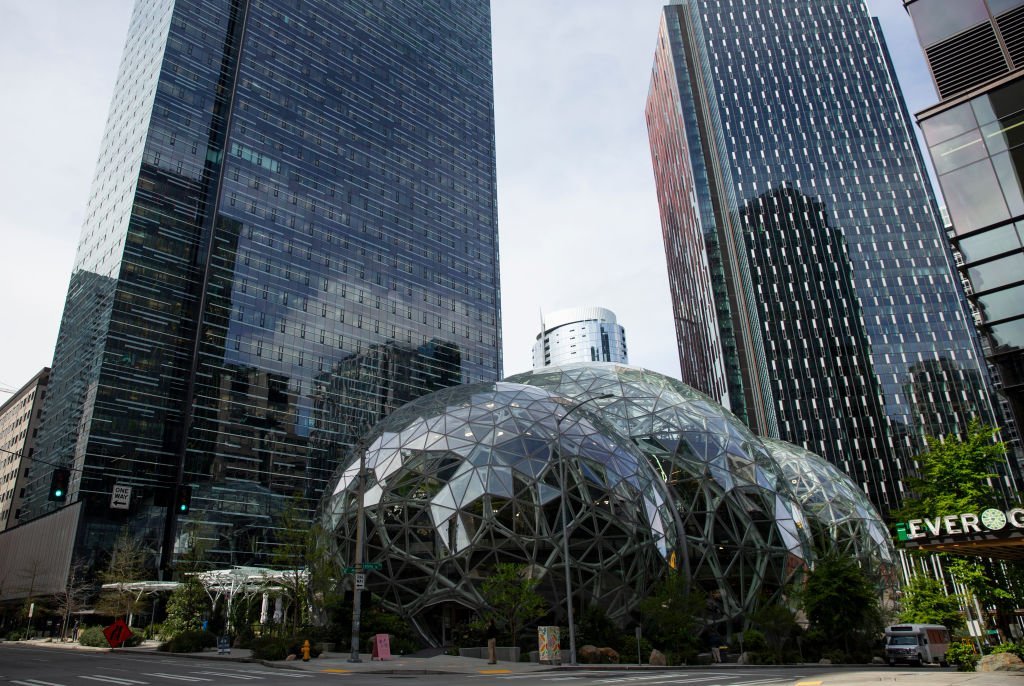 The Spheres at Amazon Headquarters in Seattle, Washington

At the moment, the Propeller still needs to obtain approval from local authorities to start construction. Inside, the building will have a “variety of alternative work environments” for employees and Amazon plans to offer tours to the public on weekends.

The three buildings around the Helix must have 22 floors each. Among them, retail stores, restaurants, space for food trucks, a dog race track, parking for 950 bikes and a square will be built.

Amazon says the campus will accommodate about 13,000 employees. According to The Wall Street Journal, the second headquarters project is expected to cost more than $ 2.5 billion.

With tribute on Globo, Xuxa goes back to the past and falls into tears

Xuxa Meneghel made another participation in a Globo program. This Saturday (27), the presenter won a tribute at...
Read more
Entertainment

In a discussion with Lumena at BBB21, Juliette warns: ‘I’m good and bad’

Tribe asks Jeep to stop using its name on its cars

Let there be Heart: Guido asks Giovanni for forgiveness and ends ‘buried alive’

Recently a company created a brand new villa. She built a villa in a moving car...
Read more

Prime Time Zone, Features: It is known that the 'Perception Rover' sent by 'NASA' to search for life on Mars has successfully landed and...
Read more

Money Earning with Twitter: It is no exaggeration to say that those who are ignorant about social...
Read more

Pier: company operates in the insurance market and has already expanded its business beyond the automobile sector (Germano Lüders / Prime Time Zone) This report...
Read more